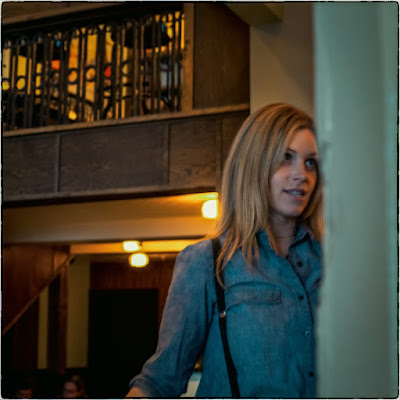 When I was a kid, my parents would not let me have coffee.  That was O.K. with me.  I liked milk just fine.  Some of the little cracker kids in the neighborhood, I was shocked to learn, got to put a dab of coffee in their milk.  Coffee, being a restricted substance in my house, something reserved for adults, thus had a touch of "evil" linked to it in my mind.  I thought to myself that these parents were bad parents.  How terrible it would be to have them.  I imagined them passing their children a cigarette for just one drag while watching television.

As it turns out, the coffee may not have been bad for the kids at all.  A natural antioxidant and all that.

I didn't begin drinking coffee until I got a job on a construction crew at The Big Resort after high school.  There, early in the morning before work began, the coffee wagons would roll up and the fellows would get in line.  I don't know what made me buy that first cup, but I remember that with two creams and two sugars it was pretty much alright.  That and a sausage biscuit got me through until our first break.

I also started chewing tobacco, but that didn't stick and is another story altogether.

When I quit that job at the end of the summer and began college, the coffee habit continued.  It was then that I began to slim it down a bit, dropping the sugar and reducing the cream.  I learned to enjoy the coffee's bitterness and bite.  But I never got away from that one cream.

I tried to drink my coffee black.  That is how my father took it.  I could drink it that way, but it never had the same appeal.  There was always something soothing about the cream.  It was a palliative perhaps recalling my childhood love of milk and my astonishment of those cracker kids drinking milk coffee at the breakfast table.

I dropped the sausage biscuit, too, but not immediately.  The college had a cafeteria where I could get scrambled eggs and bacon with toast, so. . . .

When I became foreman at the factory, I used to make a pot of coffee in the break room in the afternoon.  I'd walk the hallways asking who wanted a cup, and when it was ready, we'd all sit around and commune.  Almost everyone took cream, but one woman in my crew drank it black.  I don't know why, but I found this rather shocking.  She seemed somehow different to me then.

"Yes," she said in a tone that hinted, but just barely, of proud defiance.  She seemed slightly dangerous in that moment.

"You could be a newspaper reporter," I quipped.  She just looked at me and took a sip from her cup.

This morning, I was curious.  Every source I could find said that 30% of coffee drinkers take it black.  30%!!!  That seems incredibly high to me.  And it scares me.  People who take their coffee black seem somewhat tougher to me than do others.  I disdain the caramel macchiato drinkers, of course, and even those who thrill at Starbucks's pumpkin spice.  Foo-foo coffee for sissies.  Those who take their coffee black, I would think, must have the same reaction to people who use cream.  Surely they see it as a character flaw.

Getting coffee out of the country is another matter altogether.  You can't linger over a cappuccino, but that is what is offered in so many places.  If you want the American cup, you will probably be offered Nescafe.  I've always been confused as to why Nescafe is the drink in many coffee producing countries.  Again, I have to judge them on this one fact.

Cowboys don't take cream, I think.  Cowboy coffee is made with a handful of grounds thrown into a pot of boiling water.  No filter.  You're gonna get grounds, inevitably.  Supposedly, putting a little cold water into the pot at the end of brewing takes the grounds to the bottom of the pot.  I've tried it, but that has never worked for me.

I'll pretend to be a cowboy, but I'm not.  I prefer a pot of coffee in the morning with a little cream.  Civilized coffee, I think.  Sophisticated.

Now, I suppose, you have already judged me according to your taste, just as I have judged you.  Many of you are on my team, statistically, anyway.  Those of you putting sugar in your coffee are not coffee drinkers according to us.  And, of course, European coffee drinkers are probably lost in all of this, that cappuccino/cafe con leche crowd.  What is coffee without a little froth?  Well, of course. . . espresso.

Am I wrong to think that those who take their coffee straight are more likely to enjoy it with a cigarette?  I can find no statistics on that one.  I've read that two cigarettes a day are actually good for your health.  American Spirit, probably.  Something to do with expanding or contracting the blood vessels.  Everything in twos, I guess.  Two cigs, two cups of coffee, two glasses of wine.  These are the things to take in the modern arc.

My own coffee is about gone, so I've reached the end of this blog entree.  I just looked up more coffee stats, though, and I'll end with them here.  Whites drink the most coffee in America.  About 65% of American adults drink coffee.  People over 70 years of age drink more cups daily, on average, than any other age group.  Only 50% of the world's population are coffee drinkers, but people in Finland, Sweden, Norway, and Denmark drink the most of any population.  And finally, in the U.S., cowgirls drink more than cowboys.  Now there's something to think on.