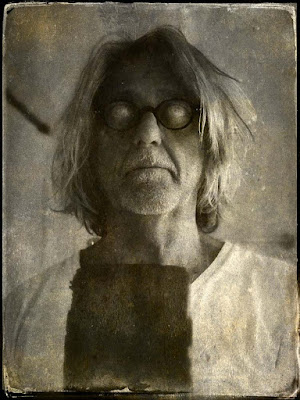 People seemed to respond "positively" to the series of self-abandonments. . . er. . . betrayals. . . so I might keep making them for awhile.  I have ideas for some that will need a second person to work camera.  This, however, does not thrill me.  Who knows?  I may lose interest completely before anything else really develops.

It's not that I become easily bored with myself, though.  Place your own emoji(s) here.

I realize, however, that time grows short, that I am growing old.  There are constant reminders, from the health of friends to my own health scares.  When they come, I am, of course, never ready.  But they come with greater frequency, and I know that endings are immanent.  It is not something that comforts me.

I am beginning to understand mysticism, or at least the belief in symbols and omens.  The animal under the house won't go away.  I think it might have died, but I am not sure.  My Critter Ridder spike sticks finally arrived, and I have put them out where the beast or beasts have dug their trench.  Yesterday afternoon, I was sitting out on the deck having an afternoon drink (fuck off) when an old friend pulled into the driveway.  By God, he wouldn't mind one of those, too, he said, and so we sat out on a pleasant afternoon, two old friends drinking Barbencourt rum and shooting the shit.  Trouble was that the air was intermittently wafting dead (or dying?) animal odors.  And there were big bloat flies.  As I say, it was intermittent, so we sat out under the big shade trees until our glasses needed refilling.  And beyond.  Finally, I had to tell him the bar was closed, that I needed to shower and go to my mother's.

Now I am hesitant to tell you that one of my health scares occurred in the morning, and I was drinking in an effort to gain some control over myself as I was in a steady state of depressed anxiety and could not get hold of myself at all.  Fortunately, when I got to my mother's house, she was sitting out with my cousin and a neighbor, so I did not have to hold up a big share of the conversation.  And after what I decided was an appropriate amount of time, I said I had to go, that my tenant was having dinner with a famous German film director and wanted me to join them.

I hadn't eaten yet that day, and the combination of an empty stomach, death smells, and liquor had made me a little edgy.  I felt in no condition to cook one of my healthy meals, so I stopped at the Peruvian chicken place and got a half chicken dinner with fried plantains, black beans, and rice.

When I got home, I sneaked a peak through the bedroom blinds and saw that across the patio, the tenant and the filmmaker were sitting at one of those little cafe tables on the matching slatted chairs, the kind you find in the Luxembourg Gardens.  I snuck back from the blinds and went to the deck on the opposite side of the house to consume my meal.  And when I was finished, I poured a scotch and sat in my favorite chair in the t.v. room.  I leaned back and closed my eyes and let my mind do its little dance.

It was a crazy dance that went from here to there and back in little twirls and pirouettes.  I hadn't had the time to myself to deal with the things I thought needed dealing with all day, and my body just went into a total collapse as I sat there, eyes closed, drink in hand.  I needed a nerve pill, but they are running very, very low, so I have to ration them carefully now.  I was saving one for bedtime.

After half an hour or so of this settling meditation, just before dusk, I went out to join the party.  Just as I walked out, the divorced orthodontist was crossing the street from his house to join them.  Great, I thought.  I had imagined staying just long enough after introductions to be polite, but now the whole thing was turning into an event.

We pulled chairs from my patio and sat at the little cafe table and made our smalltalk intros to one another.  There was a bottle of wine on the table, but both the orthodontist and I were drinking scotch.  Offered a little eggplant parmigiana, the orthodontist helped himself.  I, having just eaten, declined.

I asked the famous German film director some easy, flattering questions, and we talked a little about the academic life she now inhabits but also disdains.  Yes, yes, I said, I understand.  The orthodontist, who is a year older than I, said he had just sold his practice two weeks ago and was now retired.  He regaled us with his travel plans which were all unreasonably expensive, but he is a money guy, and so. . . .

It began to spit rain, and I invited everyone into the house.  Reluctantly.  But what can one do.  I warned them of the animal smell, but there was only the faintest hint of it (the smell comes and goes) and I lit some candles to sweeten the air.  Desert.  More drinks.  The night went on and on.

The famous German director who is now in her eighties began to show signs of weariness and soon she was thanking everyone for a lovely evening and making her adieus.  O.K., I thought.  But the orthodontist was ready for another scotch.

There is not much to say about the rest of the evening.  It rolled on the way evenings do.  Finally, however, I think I had irritated the orthodontist enough that he excused himself and made the short trek back to his own home.  The scotch bottle was almost done.  The tenant stayed awhile longer, but finally the evening was over and done.  It was past my usual bedtime.  Exhausted by too many things, I took my nerve pill and climbed into bed.

This morning, in the low lighted damp onset of an early spring day, I tried to center myself a bit, to control my anxiety, and begin with something akin to calmness.  Still, the faint smell of death was in the air.  I've decided that I must begin being a bit kinder and more tender to myself, that I need not be pushing my own buttons all the time.  I need to back off.  I don't have to be a superhero.  I'm not Superman.  I'm getting fragile, as a matter of fact, and need to realize that.  I need to prepare for. . . whatever.  Breathe in, breathe out.  My life is my life no matter the shape it has taken.  I must accept what I have, what I have made of it, what fate has made of it, and quit measuring it against the impossibilities.

That's not even an easy thing to write here in the morning let alone carry out.  But that's this morning's plan, anyway.  I'll hire someone to replace the deck if I want to.  I'll hire trappers to get the beast below if I must.  And I'll try to find that old movie doctor who always said, "I've given him something to help him rest.  When he wakes up, give him two of these.  He's going to need them for awhile."