Ranting Against the Machine 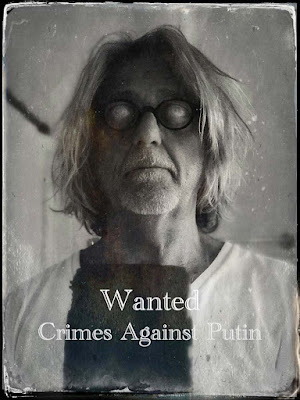 I watched the State of the Union speech last night.  I shouldn't have.  I should have been like my friends and turned my back.  But I live alone and had nothing to distract me.
It was awful.
Biden started out well enough.  Hell, he was practically shouting.  They must have jacked him up on something.  He came out on the balls of his feet like a middleweight champion defending his title.  He condemned Putin.
Yay!
Have you ever given money to a homeless person?  Or given money to The United Way?  Or been emotionally sucked into some cause or disaster relief?
Did that fix it?
That was the next part of Biden's speech.  We're going to contribute to the Ukrainian Fund.  Those people are putting up such a good fight.  Now, we know they are doomed, but they will fight on, god bless them.  Look folks, we are doing what we can.  Right up here in the balcony we have an actual Ukrainian.  Where are you, hun?  (Applause).  Yes, they are a fine and beautiful people, and I want you all to give them a big hand for their effort.  God, we will never forget them.
Bye bye Ukraine.
But the drugs didn't last all that long.  They couldn't sustain him.  And he made a fatal error.  He began to compare his accomplishments to the previous administration.  "I" and "me" and "my" statements flooded the room.  But he was getting lost.  He would start a sentence and just plain get lost in it.  His voice began to fade.
"Look," he'd say. . . maybe a hundred times.  "Folks," he'd say another hundred.
Nobody can say it was a good speech.  That is the best you can say about it.
Even the Times and CNN declined to comment, so you know it was bad.  The only thing worse was the Iowa Governor's rebuttal.  She had breath, but that was all.  I mean so does Putin.  Iowa, really?  That used to be where the best and brightest students came from.  WTF?
But there is bright news in the papers today.  Bottega Veneta unveiled its first collection by new creative director Matthew Blazy.  But that ain't all, folks.  The "first great designer" of 2022, Glen Martens, is no longer a niche taste.  Fuck, people, we are awash in fashion once again!!!!
I don't know, I don't know, I don't know. . . perhaps I need someone to help me understand how to feel.  You know, someone inspirational whose life is, uh.. . exemplar?  Isn't that what people want?  Someone to give them permission to feel o.k.?  "I'm O.K., You're O.K." was a great hit "back in the day."  EST.  Remember that?  Maybe Dwayne "The Rock" Johnson could set me straight.  Or somebody with a Twitter feed.
"Keep telling us what you think.  You are what we NEED right now."
Social media is grand.  And I. . . I'm a cynic.  That was my Senior Superlative.
Do they still have those?  No way.  They surely don't have "Funniest" or "Most Charming" or "Best Looking" pages in yearbooks any more.  Oh, boy. . . we sure did.  And Slam Books.  Did you ever see a Slam Book?  They were pre-social media.  You'd make a book with people's names on a page and pass it around so everyone could write something about them anonymously.
Maybe we could make a Putin Slam Book?  That's pretty much what we've done.
Go Biden!
Every poll shows that the dems are on a death watch.  They don't want to see the elections come around this time.  The party is like the old Soviet Union.  It has just Balkanized into factions.
O.K.  C.C. went out on a dangerous limb in yesterday's comment section.  I think he called this "Menstrual Month" or something.  My art dealer asked me why women get an entire month.  I said because men have football.  It is clear that there is something terribly wrong with the people I know.  Boundaries, people!
“One of he victims of the attack on Kyiv, having been targeted by internet terrorists, Q of Happy Valley, Internet, California, has reportedly been hampered by apprehensive impotence as reported by his wife.”
I sent him a book titled "Novels in Three Lines."  He thought that was funny.
Posted by cafe selavy at 7:57 AM