The Jitters and the Jag 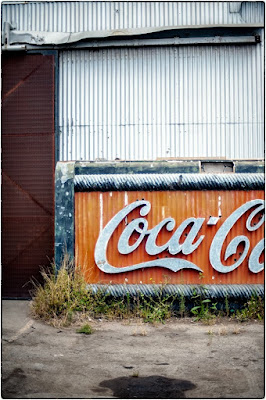 I started watching the new Netflix series on Andy Warhol last night.  It's pretty fucked up.  It is like the old MTV music videos on speed.  Are they afraid to show an image?  Probably.  So far, they have only rehashed information that is readily available in other documentaries, but I'm guessing that is because they are loading background for what the real subject of the doc is--Warhol after the shooting.

Warhol was a miserable man.  That is what comes out of every documentary you'll see about him.  He is totally joyless.  "Wouldn't you rather be a machine?" he proffers.  It seems that he got halfway there.  Big Daddy Warhol, though, loved money.  The only reason to make art was to make money.  He was a commercial artist, not a starving artist.

It's a wonder that Edie Sedgwick didn't shoot him, too.

Still, his work gets me jazzed.  More so, his work space, his studio The Warehouse.  I want one badly.  Don't we all?  I just want to be able to walk into a space and begin where I left off or to just start something new.  I would set up a little recording studio in there, too.  It wouldn't take much.  I've been meaning to do so much lately and have done so little (as in nothing).  I was going to begin making videos and music.  I bought a gimbal for my iPhone.  I used it twice.  I had to put away all the recording gear because the maids were coming.  I've never taken it back out.

I visited my storage unit yesterday.  I just wanted to look at some of my old "work."  Stacks of it.  Piles of it.  Prints and encaustic work and transfers and photo engravings and platinum prints and all sorts of experiments.  I would like a couple apprentices to oversee in production.  Just like Warhol.  Just like many of the old masters.

I stood there a long time just looking through images.  Wow.  I made a lot.

After looking through my old stuff and then watching some of the Warhol series, I was stoked to work again.  I would look for a studio.  I would get off my ass and do something.

But the apartment roof needs to be replaced and I'm paying for the new deck and my old car will probably piss off soon and everything is getting more expensive and I am getting less money and the government is taking more. . . and there is war.

I will have to settle for the gentle art of tea today.  I am learning to make a perfect cup of tea.  Quieting and meditative and comforting.

Maybe I'll make something else, too.  Just one little thing.  I want to photograph people, but for some reason, I am insecure about it now.  I was so good at it, but I have become incredibly shy.  It is all about fearing rejection, I guess, the same as always.  I don't want to appear foolish.  You find that hard to believe given my daily blahggg?  Batman, my pretties.  I am protected by the night.

Another gray day.  This is the time of year here when the trees shed their leaves.  The streets are littered with miles of them.  The world is brown and green with colorful splashes of blooming flowers.  It occurs to me that it was this time last year I made my disastrous trip to Miami.  Time is surreal now.  It makes no sense at all.  The Time of Covid. The Time of War.  The Time of the Battle of the Woke.  What will kids remember?

It sure as shit ain't Happy Days, that's for sure.