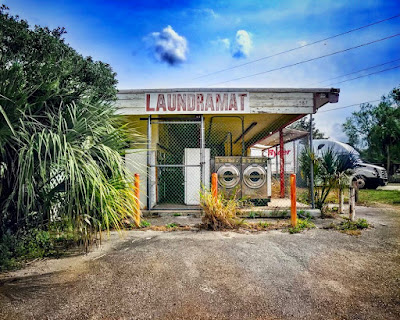 I've become a pest, I fear.  I must back up a bit, just lay off.  It is the result of my endless isolation, I assume, though certain personality traits and characteristics that are uniquely mine have been enhanced in the past two years.  Or so I guess.  Early in the mornings, I begin sending clipped headlines that shock and amuse me, often accompanied by what I think is pithy commentary.  If I go to lunch, there will be photos. At night, there may be a drunken barrage.  Over the span of that day, I've probably spoken to no one but my mother and a waitress or bartender or some hapless checkout girl.  On the occasions when I am out, I can't shut up.

I'm giving it all up for lent.

Hell, I don't even know what I am talking about, anyway.  I don't participate in social media.  I do have a small faux FaceBook account as I have mentioned, but it is only for following a few photographers and some photo groups.  Even there, my comments seem to alienate "folks."  And I have an Instagram account for the same reason.  I think I have three or four followers which completely flattens me as I follow some photographers who have taken road pictures of lesser quality than mine who have ten thousand followers. Either I am no judge of artistic quality or I just haven't any idea how things work.

But. . . those are not mutually exclusive, are they?

What confuses me is why someone as anti-social and contradictory as myself should care.  Perhaps I'm just running out of revolutionary energy.  Maybe C.C. is right.  Maybe I should join a church.

I even piss off other "outsiders."  I can't help it.

I told Q the other day that what I liked most about the friends I have is their lack of sincerity.  I had never thought about that before, but it is true.  Sincere people are terrible boors/bores/boars.  I have no use for them.  Their sincerity somehow seems to me an act of villainy.

The most wonderful thing about people, I think, is that they can simply change their minds.  Given any set of new data, they can let go of past beliefs.  Boom!  Like that.

I probably need to get on TikTok.  Apparently, that is where everything current takes place.  Kids spend hours watching the app.  They follow Influencers.  Worship them.  It is like a new religion.  Hell, one of my own True Loves has a trillion followers on Instagram.  You should read the reactions to her posts.

Maybe watching "Cheer" clued me into this.  Flocks of little girls jumping up and down outside some strip mall gymnasium screaming, "We love you, Gabi!!"

My cynicism is unbecoming.  I guess.  Or so it seems.

I see stories in the Times about people taking a break from their phones, from social media.  I guess it is like a trip to Mecca or a thirty day fast.  Or Dry January.  Beats me, really.

I should journey into my own desert for awhile.  Tempted by Satan, I could see how I'd respond.

But like Oscar Wilde, I can resist anything but temptation.

It will be difficult enough not to inflict my savagery on my friends.  That will be trial aplenty.  There are probably better things to do with those immediate impulses.

And, I guess, I should try to be a little less cynical here.  It takes more effort to be creative, of course.  Cynicism is a quick but shallow retort.

Well, that's the report.  I'l just end with Fuck Putin, Fuck Russia, and Fuck the Cowards of the West.