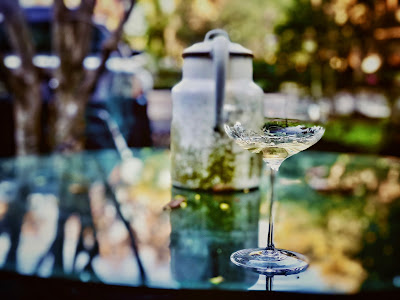 This was my toast to the last days of winter.  It rained for days then turned cold last night.  Temperatures have plunged from the eighties into the thirties.  It will stay cold for two days in celebration of DST, I guess.  I was surprised to learn that people don't all want to do the same thing about changing the clocks.  About a third like changing.  Another third want to leave the clocks on Standard Time, the last in favor of Daylight Savings.  So. . . if we can't agree on something as simple as this. . . .

I'll bet if they divided the group between dems and repubs, they'd find some radical differences.

Saudi Arabia executed 81 men yesterday for "deviant beliefs."  Shit, man, that is the name of my church.  WTF?  I'm waiting for Texas and Florida to pass that bill.

That's my commentary for today.  No war.  I should mention I tried to find a cartoon of Putin humping a pig, but Google had nothing for me.  Really?  You can't tell me that doesn't exist.  Makes me suspicious.  A friend suggested I try searching it the other way 'round.  Hmm.

I've been scanning old negatives for the past two days.  These are photos that have never seen the light of day before.  Some are not bad.  It makes me want to shoot more film again.  In a decade or so, I'd like the images.  Old film images always have a strange appeal.

I took today's picture with my phone.  I wonder if one day old phone pics will have the same kind of charm?

When I got up, both cats were on the deck.  For the past two days they have been very lovey dovey.  The neighbor's cat sweetly licks the head of the feral cat.  She closes her eyes and leans into him.  I guess the cold isn't bothering them too much.  She is on the deck grooming herself as I write.  She's waiting for some sunshine, I'd guess, to warm herself in.

Clear and bright.  I should go out and make some photographs.  But I'm tired of tromping around the streets looking for something interesting.  People are interesting.  I want to photograph people.  I'm tired of car bumpers and shafts of sunlight and old signs.  I mean, I like that, but I want humans.  So maybe I don't walk with cameras today.  It doesn't excite me.

I obviously haven't anything to say today.  I didn't feel like starting my roman a clef today either.  So I'll wrap this up.  I have to get busy springing all my clocks ahead.  It could take awhile.  I'm awfully analog.