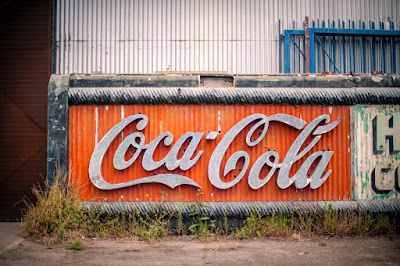 I've a dilemma this morning.  I thought about writing tales of old, but I won't have photos for that, so the photos I post may have nothing at all to do with the stories I tell.  That's o.k. I guess.  But, and this is the bigger issue, I'm not sure I won't wear out on telling tales within a few days.  I'll want to write about something else.  I'll want to tell you the most recent adventures of the Caped Crusader.  That's what I think.  That's what I know.  If I were a cleverer fellow, I might be able to work both in some way, but I'd be spending far too much time working on a blog entree that costs me more than it profits me.

I tried to be productive yesterday.  After the gym, I showered and shaved (for the first time in many, many months), put on a black t-shirt and my groovy new hipster pants and a pair of high tops for walking around Gotham and headed out the door.  Sort of.  I tried on various things before I settled on that.  I'd start for the car and then remember something I needed.  It took forever to gather up a couple cameras and some film.  But at last, I made it.

When I got to Gotham, though, I was hungry, so I went to the little ramen shop and got noodles and a beer. That made me pretty lazy, but I told myself I needed to power through.  It was low stakes.  I had brought a toy camera I had modified years ago, a plastic Holga, and that was what I was going to use.  I hit the sidewalk and headed 'round the block.  But I was struggling.  It was hot, and I was sweaty.  Long pants had been a mistake.  And I wasn't having fun.  All I wanted to do was take a nap.  So, having travelled less than a mile, I stumbled back to my car.

At home, I ripped off my clothes and fell into bed.

When I got up, I was off.  I felt lousy.  Still, I hadn't been to my mother's for a few days, and I needed to go over and see her new fence.

It was quite a struggle.

I was not my usual fun self.

I started watching the news but turned it off.  Slow motion misery is getting to me.  I decided not to drink too much, so I made a pot of tea and ate part of a gummy.  I turned on Dandy Warhol and then staggered off to bed.

Somewhere in the night. . . how in the fuck do people do this!  I was jetting down a torrential river toward the void.  All night, I was haunted by terrible thoughts and dreams.  I've always thought and said that I have been lucky in life, but last night, I was the world's biggest loser.  Really, I though?  This is how I've ended up?  This is my finale?  I trembled and shook in the blackness.  Why is it so dark in here, I wondered?  Where is the light?  I need a light.

I was sweating.  The air was hot and muggy.  It was the pressure cooker before the coming storm.  I got up and turned the a.c. on and went back to bed.  Everything hurt, my back, my hips, my shoulders.  I've been broken too many times, I thought.  My body's a wreck.

I got up with the light relieved and weary.

I think it all began when I saw the reflection of myself sitting with the bowl of ramen at the restaurant.  Quasimodo revisited.

"Look what time has made of me!"

I am momentarily resolute.  I will live on oatmeal and champagne until I reach my initial weight of eight pounds eight ounces.  That is my thinking. now, anyway.

I was going to begin telling you about my trip across the country after college.  It is a picaresque, a story of initiation like "Fritz the Cat."  It starts with a bus ride and ends with one, too.  Six months crisscrossing the country.  That's a lot of writing.  I don't know.  Maybe I'll see what I can do.