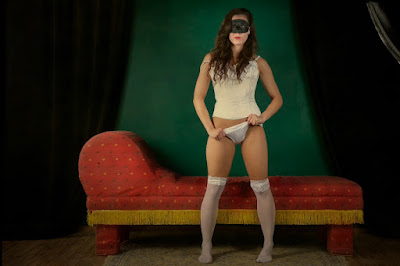 What a convergence of events--Good Friday, Passover, Easter, and a Full Moon, not to mention that we are in the middle of Ramadan.  Feel free to worship/celebrate in your chosen way.  But for the full moon, all these events are tied together by that little patch of desert in the Middle East where monotheism was born.

The full moon is universal.  It is called the Pink Moon in April. Mostly.  By many, anyway.

We've yet to meet consensus.

I didn't go to see my mother yesterday.  I feel bad about that as it was Good Friday, but in my childhood, that was never a thing.  I mean, I don't remember it being a special day.  Maybe we went out to eat at Morrison's Cafeteria. . . I don't know.  But by chance, I had fish last night.  I went for takeout sushi.  Not quite the Catholic Fish Fry of my childhood, but good nonetheless. 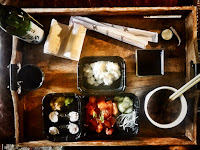 This was preceded by a Cuba Libra on the deck.  The reason I didn't go to my mother's house was what we believed was the coming storm.  The sky darkened and the air was concussed by deep thunder.  I was sitting with my drink on the deck when the phone rang.  It was my mother.

"That's alright.  You don't need to come over every day."

I felt both guilty and relieved.  I just wanted to sit with my drink and read.  I would read all night long, I thought, if I don't drink too much.  Yes, I just wanted to spend a quiet night in solitude and peace.

But first, I needed to make a photo of my drink so that I could bug the hammerheads. 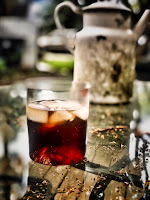 It's what I do.  It is part of my particular charm.  Did you say "peculiar"?  Yea, yea. . . .  that's what you people with social media accounts might say.  Me?  This is the only way I can assure people I'm still alive.

But the storm never came.  The thunder and the rain just passed us by.  The drink had made me hungry, though, and I'd only eaten grilled vegetables in the past 24 hours, so I decided on an early meal.  I had a bottle of sake in the library, so it would be one stop at the restaurant just half a mile away on the Boulevard.  In and out.

I was finished eating before six.  Full now of food and drink. . . well. . . I never got back to reading.  I poured an after-raw-food worm killer and repaired to the deck.  The sky was clear.  It was hours until sunset.  The Bad Son Guilt of a Good Friday Evening had set in.  There was that and the liquor and my own brand of miscreant heresy to deal with.

I believe I have often been motivated by guilt.  I was an only child who felt things too deeply.  My grandmother, who sat me in my early life, was probably responsible for inflicting me with a "good boy" syndrome.  I've carried that burden since.  Fascinated by the "bad," driven to do "good."  Like Martin Luther, but I'm not into self-flagellation.

There seems to be little need for self-flagellation these days, though.  The masses are more than willing to do that for you.  They are like pack wolves on the scent of blood.  The least little nick can send them into a fury.  That's why I try to keep a low profile.  Put on the costume.  Wear the mask.  Avoid lengthy conversations when out of the Bat Cave.  Stay put or keep moving.  There is home and there is away from home.  Bury the dark secrets deep.  Share only pictures of food and drink.

And take to your bed early.  We live in Manichaean times where there is only darkness or there is light.  Crepuscular creatures beware.  It has become so difficult to live in the liminal zone, to live in between.