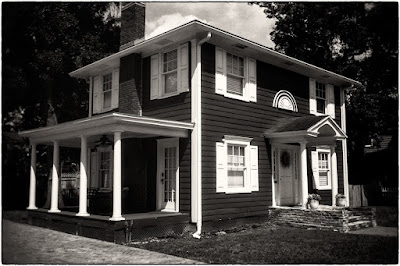 I haven't anything for you today.  Zip.  Nada.  Not a thought.  Not an opinion.  All I have is a trashy head full of Depp/Heard trial clips and Pt. 2 of "A Very British Scandal," season 2.  It is very pretty, that show.

Before I watched t.v., of course, I had this. 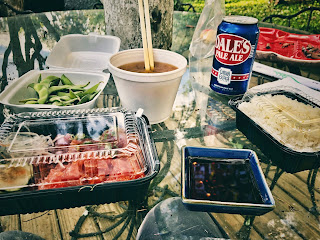 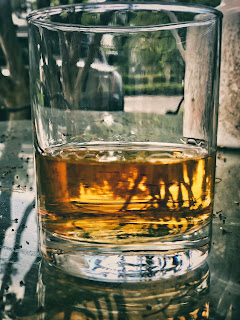 Raw fish and worm killer.  That's how you know it's Friday.

I am beginning to understand why I am not so anxious to travel as once I was.  Travel and romance were once one and the same.  Hell, even going out in my own hometown.  I knew.  Now. . . I know.  I might get a first glance, you know. . . but the second is the killer.  Once, confident and choosey. . . .

I am saddened by the emigration of the Country Club College kids.  It will be quieter around here for the rest of the spring and summer, but I will miss those long, shapely legs and the half moon of cheeks that it seems mandatory that they show.  I know, I shouldn't.

But hell, I'll miss the girls, too.

But it is very true that I like nothing as much as a pretty girl.  Nothing.  I am programmed. . . hard wired.

Before you think me a lech, however, please remember. . . I've never asked one out.  And now. . . that is in part my sorrow.  I do not think to be asked out again.

Though last night, I did get text messages from a young woman I know.  She was out having drinks.  I do think that gave me a lift.

Ili knows her, too.  She is younger than Ili.  My mother shakes her head.  She thinks I'm nuts.  But my mother eats Jiffy peanut butter and has no taste for expensive cheese or wine.

Maybe I'm glum because I must work today.  I ordered mulch yesterday with the expectation that I would pitch it today.  I bought a VERY expensive wheelbarrow/cart to haul it in because it was all they had.  But the mulch won't make it here until Monday.  So today I will do some yard stuff and make a trip to the paint store to get a can of sealer or paint.  I'll suffer to make a choice.  I'd rather simply walk about with cameras today.  And who knows. . . ?

I feel like champagne at a upscale bodega I know.  Not just champagne.  The whole nine yards of endless brunch.  I live in a Brooks Brothers town, so I haven't known how hip and current I was buying nothing but cheap Chinese Covid clothing, but I learned that I was today (link).  I'm so Gen Z and didn't even know it. I don't go on Twitter. . . so how could I?  But I've been bolder about wearing this funky ass shit and now will be even more so.

Cheap ass China clothing isn't all I've ordered, though, as you all know--Japanese fishing shirts and fancy hats, etc.

But I got another China-hippie shirt yesterday and get a pair of shorts today,  I have other stuff coming as well.

Fuck me, man. . . I should have gone to Coachella.