I Had a Story, But Then The News 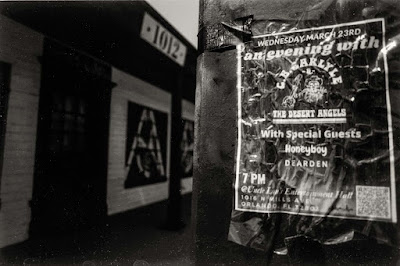 Through the miraculous power of technology, I was able to pull images from film that was all but invisible.  The film is incredibly thin and there are a billion pinholes in the emulsion, not to mention tiny scratches, and there even seem to be light leaks which I don't understand at all.

So of course, I am enamored of them.

It seems I had some things I wanted to report--narrate, if you will--from yesterday, but I have been reading the news this morning and now can't remember what it might have been.  The news is just so incredibly distracting.  The world is, really.  Cuba Gooding Jr., for instance.  He gets convicted of unwanted touching for kissing a waitress and Will Smith gets an offer to fight Chris Rock's brother for god knows how much money.  David Mamet has gone Full Trump and the world of ballet now needs "intimacy directors" to coach them how to touch without offense.

All that is left is to raise the age of consent to forty-five.  I'm not sure that is safe enough, but it is sure a start.

The West is sex obsessed.  Terrified of it.  Worse than Puritans.  Fewer acceptable ways of touching intimately are allowed.  I don't think Puritans required a consent form that was officially filed first.

Those were the bad old days when we didn't know so much about the psychological damage of sex related things.

I do remember that a girl in our jr. high school got a kick out of showing her privates to the boys.  Once people started talking about it, though, and the school officials found out, they suspended everyone who looked.  True story.

Well, it's not just the West, I guess.  I need to expand my world view a bit.

Thank God for Covid.  It has kept me away from people.  The kids at the factory tell me you can get in trouble for all sorts of things now.  It is dangerous, they say.  They all prefer to work remotely and not write anything controversial.

I pretty much have the same reaction to watching right wing politicians.  And I think, "Where the fuck is Will Smith when you need him?" 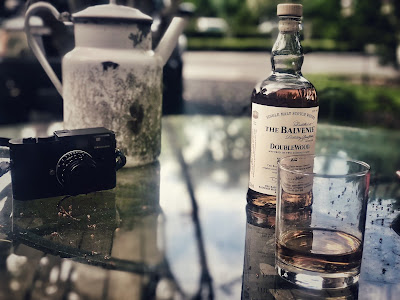 I made one of my better phone pics last night, I think. It's a snob's picture with snob scotch and a Leica Monochrom.  The photo could get me robbed in L.A.  You've read about that, right?  Gangs are targeting rich people on the street in L.A. stealing the Rolex right off their arms.  They follow them from expensive restaurants.  The rich, you see, for the most part, anyway, don't really know how to fight.  Oh, they go to gyms and take kickboxing classes, but they aren't really MMA rugged, if you know what I mean.  Did you see Will Smith slap?  He'd give up that Rolex in a microsecond.

You know the world has gone to shit when rich people can't enjoy themselves.

I think the world went to hell when gay became acceptable.  No more secret pajama parties.  No more evil pleasures.  Now they are just heartbreakingly adorable and Disney wholesome.  My older gay friends say they miss the old days so full of glory (holes).

I think that's it.  It's all I can remember now, anyway.  If something comes to me, I'll let you know.  I've limited my news sources to only a few now, and only the headlines, so if you find something of interest, feel free to share.