The First Picture Was Me 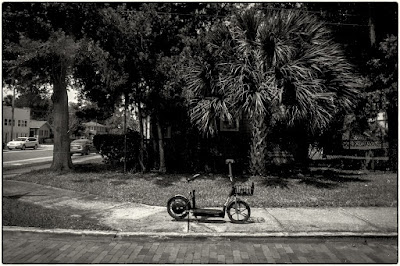 "Jesus Christ, have you watched any of that Heard/Depp trial?"

"I can't believe they put that on t.v.  Why would they do that?"

"Man. . . it doesn't make me happy.  I mean, I was laughing at first, you know. . . but it is starting to remind me of shit I've gone through.  Did you see Amber Heard on the witness stand?"

"Did you see that female attorney question her?"

"When she questioned Heard, I just had to shudder.  I was flooded with all these. . . emotions. . . memories."

"Which one did you have the affair with?"

Etc.  I don't know about you, but I'm an addict.  They will make a docudrama series out of this one for sure, but it will not come close to the real thing.  If only the camerawork in the trial was a little better, you know, and the lighting. . . .

I took my new Chamonix camera to my buddy's shop yesterday to see about buying a lens.  He didn't have anything for me.  Well, he did.  He had a $2,500 lens on a lens board that fit my camera.  He attached it and then put a instant film back on my camera that allows it to shoot Fuji Instax film.  The first picture taken with my new camera was of ME!  And by God, it is a beaut!  Instant film makes everyone look good, I think.  That's why Warhol loved it so, why he used Polaroids to make his famous silkscreens.  I'm holding on to that one.

We played around with the camera for awhile, then he told me to take the lens with me and use it.  I walked out with a great lens.  The second picture I took with the camera was of my mother.  And the third.  And the fourth.  I will develop them today, but I don't think they are going to turn out.  I think I made four mistakes.

But I am going to get all my holders and large format things straightened out today.  I'm going to shoot the heck out of the world with that camera in the coming weeks until using it is second nature to me.  I won't make any judgements about it until then.

In the meantime, I need to buy some lenses.  More money.  But I will have to go all in now.  There is only one way--forward.

When I left my buddy's place, it was past lunchtime.  I went to my favorite Spanish restaurant.  It was pretty quiet.  A new bartender waited on me.  She was very friendly and attentive, sort of the perfect bartender balanced between humanness and professionalism.  I like that.  It is absolutely perfect.  You don't want to feel the staff is somehow looking down on you, that waiting on you is simply a chore, but you want a bit a formality, too.  She had it down to a T.  If everyone could do their job this well, I thought, the world would be a better place.

I drank a cranberry and soda (i.e. the A.A. cocktail) instead of wine.

But when I got home from my mother's house, I wanted to sit on the deck with a drink.  To slow shit down, I poured a Campari and soda.

That seemed to work.

After dinner with water, I had a scotch.

Then I ate everything in the refrigerator and cabinets that had already been opened.  It was quite a crazy array of foods.

I don't think I consumed any fewer calories not drinking.  Still. . . .