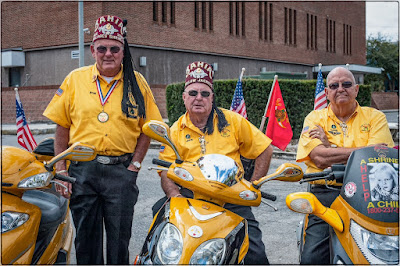 Cassidy Hutchinson. What can you say? Hell, the liberal press has already made her a martyr. It is amazing to them that a twenty-five year old woman has the guts to come out and speak to the commission.

Wait! How can they say that?  I thought women were strong and powerful?  I thought they promoted the formidable power of young women?  C'mon, people, you can't have it both ways.

Of course, they don't know much about her.  Most of the press said she was a twenty-five year old.  Later, they corrected that.  She is twenty-six.  Were they still amazed?

I Googled her last night.  She went to a small public "Ivy League" college in Virginia.  No one knows if she is married or has a boyfriend.  Nothing about her parents . There aren't even nude pictures of her yet.  She is a real mystery.

Especially to Trump.  He began tweeting during the trial.  Doesn't even know who she is.  Just another liar.  He says she is just angry because he rejected her for a job at his Palm Beach residence.  But of course, again, he doesn't know her.

Me?  Oh, man. .  I'm a sucker for these slick republican women.  I just want to know about her parents before I fall in love with her.  If she comes from the working class, I'm not enamored.  I want there to be no bruises, no scars. . . no stink of the common life.  If she was privileged from birth, though. . . she's the one for me.

I'm kidding, kind of.  Something is off.  I can't tell what it is yet, but I can't put my faith in her.  I have a pretty good bullshit detector.  She obviously hasn't been scrutinized yet.  When CNN, MSNBC, et. al. are eager to jump onboard the "We got him this time" train, I'm suspicious.  I feel like I've been run over by that train before.

I'd say she rode a rocket to the top.  She got to where she is fast.  At twenty-five (or six) most kids in the midwest are still living at home and breast feeding.  Or so the new guidelines from the American Academy of Pediatrics would like to promote.  More breast feeding.  The Times even ran a big picture of a breastfeeding breast to grab your attention.  But don't look (link).  It is rude to look.  The photo is a trick.  There is no need for that.  The story could stand on its own.  Gotcha!

But, you know, they are really o.k. in certain context.  It is truly beautiful.  Just don't look.

Trumpers will not be deterred by Hutchinson's testimony.  Like Trump says, she's fake news.  Probably an AI bot.  You can't trust democrats.  They are scum.  Yea, she was a republican, but she's a RiNO.  She has no loyalty.  She has no ethics.

As all expert lawyers on television (seems to be a good place to be if you are an expert lawyer) say, though, this is all hearsay and most of the testimony would not be allowed in court.  There would also be cross examination and the chance to shoot holes in her testimony.  We don't know what the Justice Department will do with this information, they profess, but it surely makes a good story.

I'll admit something strange, though.  That Liz Cheney is getting hotter all the time, right?  I mean. . . .

If it turns out that Hutchinson is a lesbian. . . holy shit!  Can you imagine?  AND. . . what if her parents are a minority?  Even one of them!  Fuck, man--that's a liberal a royal flush!

God--I've become a cynic!  How did it happen?

The picture at the top of the post--what do you think?  Do you have ideas about them right away?  Who they are?  What they think?  Who they voted for?  Sure you do.  You do.  Admit it.  It's just going to be different depending on your ideology.  Are these the moral guardians of the universe or just a bunch of corrupt old white guys who have caused the downfall of modern society?

We judge.  It is in our nature.  But take a lesson from today's post, my friends.  It is probably better to keep it to yourself.  As my buddy's dad always used to say, if you are stupid, keep your mouth shut and people won't know.

I should probably take that under advisement.