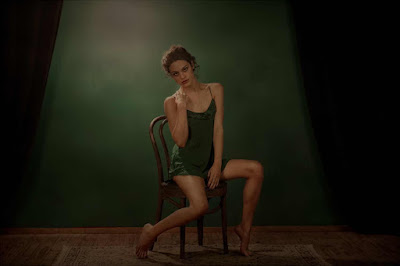 How do you know if you are happy?  That's a stupid question, right?  Everyone knows whether or not they are happy.  But that knowing is usually "of the moment."  "Do you have a happy life?" might be a better question, but it is equally precarious a question.

Let's try a more specific question--when you wake up, do you look forward to the day?

Again, that is situational and dependent on what is on the agenda.

These are half baked ideas I only thought of today when I woke up and realized that I DID look forward to the day, and that, by and large, I do most days.  Coffee, maybe some breakfast bread, reading, writing, a little exercise, lunch, a nap, some little photo thing, the late afternoon cocktail, dinner, sunset, more reading, a little television. . . .  It is a stupidly simple life, but by and large, as weird as it seems, as strange as it is, I do look forward to the day.   Overall, it is enjoyable.

So there is that, my friends.  I have books and cameras and. . . let us not forget. . . music!  All I lack is the thing that has brought me the main agonies in life.  I love hard, but I can't say that it has been the most pleasurable thing in life.  It is exciting at first.  But in the main, even that becomes routinized and eventually a pretty prison.  You must have a high tolerance for frustration and captivity--on both sides--to continue.

Or so it seems to me this morning--but your mileage may vary.

All this to say this morning I woke up and realized that I was looking forward to the day, a very common, regular day, a day in a country torn by ideologies, plunging toward an economic recession, plagued by disease, seemingly hurtling toward the abyss.

It's o.k.  I'll be alright.  I'll be back to normal tomorrow.  Whatever.  This present mania will pass.  We all know what follows.

I think it was watching "Fading Gigolo" last night that did it (link).  I stumbled across the film scrolling through the menu on my Amazon Prime account.  Woody Allen and John Turtturo?  2013?  Are you kidding?  How did I miss this?  Turturro wrote and directed and starred in the film, and it is one of the best "Woody Allen" films you will see.  He nails it.  And Allen is Allen to perfection.  I was captured from the moment the music played over the opening credits.  Indeed, the entire soundtrack is good.

I'm pretty sure it was the surprise of that that cheered me up.  That and deciding not to cook and to simply eat some frozen foods from Trader Joe's, first a kimchi and tofu soup, then a shepherd's pie.  I just popped them in the microwave.  No chopping, slicing, or dicing.  No pots to clean, no cabinets to wipe.  People, I was grooving like the Jetsons.  As good as I am, I may never cook again.  There are many strange delights in those frozen food aisles that I have never sampled.

And--big confession--I've been craving a Whopper.  I haven't had one in a decade and maybe only a couple in two.  But I remember the incredible pleasure at consuming one.  They are bad for you.  They are really bad.  But I might have to get one today.  I think my body is reacting to the GI illness that deprived me of food for a few days.  It is craving salt and fat.  I'm not bragging, of course.  This cannot be a really good sign,

But the ease and weird textures and flavors of last night's meal have made me happy.

Oh. . . not exercising yesterday might have contributed something, too.  I had to take my mother to a doctor's appointment, the one she has been saying is on Friday at 2:45.  Neither appointment has been on Friday at 2:45.  Worrisome.  But yesterday at 10:30, I took her to a podiatrist.  She has a badly ingrown toenail.  The doc said he would trim it and put a chemical on it that will keep it from growing back on that part of her toe.

"If I may ask, what is the chemical?"

"Phenol," he said.  Ancient memories of organic chemistry at the university emerged.  It is a five carbon ring with an OH (hydroxide)  attached I seemed to remember.  I would look it up when I got home and be impressed.  I still have a bit of cognitive functioning, it seems.

The trouble was, he said, this was his very first day in this office and he had none of the tools to perform the operation, so they would call us when they were all set up and we could come back.

WTF?  Why schedule an appointment when you are not ready to play doctor?

He works for Advent Health now, he said, and he is at three different locations depending on the day.  That's the new medical reality for us all.  He is a high tech factory worker who does what management says and draws his paycheck--as long as he is meeting his quotas.  The benefit for him?  He doesn't have to manage the paperwork required to get insurance and medicare money.

"Twenty years of schooling and they put you on the day shift."

After I dropped my mother off back home, I was free for the day.  I wouldn't go back in the late afternoon.  It seemed a luxury of time.

I thought I might walk, but I sat down at the computer to try my new editing stuff on a few more images.  Down the rabbit hole for awhile.  Then a trip to the photo shop.  I had to take back a lighting cable I'd been lent.  When I got there, nobody seemed to be in a very good mood.  The pretty girl ignored me completely.  When I left, I realized that she was really the reason I was so eager to go.  I walked out with another piece of equipment, though, which was once again on loan.  Maybe when I return it, she will be happy to see me.

Maybe I woke up looking forward to the day because I had a banana walnut breakfast cake awaiting me.  When I finish writing this, I will dive in.  Coffee and breakfast cake.  I'm pretty sure I will get the Whopper later on.

Yes, it is definitely a mania I am experiencing.  And I will crash.  I will see myself as the failure I've become, old, alone, without accomplishments, a virtual shut-in without a desire to travel.

But for the moment, I will fly like Birdman.  He flew, right?  At the end?  When he went through the window?