Can Listeria Cause a Mental Disorder? 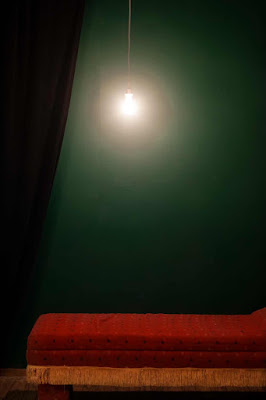 What a difference a day makes.  Life's big roller coaster ride and all that.  I didn't wake up with the same enthusiasm for the day as I did yesterday morning.  I'm not depressed; I'm just not ecstatic.  I may have overdone "things."  But as we all know intimately, ecstasy is not a sustainable state. It just don't last.

It's o.k.  Back to zen.  Back to the comfortable melancholy of old.  But it was fun while it lasted.

That light--it almost hurts your eyes, right?  Instinctually you avoid looking at it even though it can't hurt you.  It is only white, no brighter than the rest of the picture.  Still. . . don't take a chance.

The birthday of a former girlfriend is coming up.  I remember that even though I was off by a day when I told the birthday group at the factory some years ago.  Boy was she furious.  I think that was one of the reasons she started hating on me.  But I know it now, and I know how old she will be.  I started thinking about other women I have dated.  How many of their birthdays did I remember?  I remember my first true love's only because I Googled her and found her obituary.  Maybe, I thought, I could Google the others.

Don't do it, kids.  Don't.  You will find out all sorts of things about people on the internet.  I found so many things, and not much of it made me happy.  Maybe none of it for various reasons.  I now know when birthdays are, and now I know so much more.  I won't go into the serious things I found, the legal documents that rebuke the stories I'd been told.  There is no benefit to recounting those here for they reflect badly on someone other than me.  Let's stick with dissing old C.S. here in these pages.  It is the safest thing and, maybe, the most fun.  Confessions of a lack of character or a moral compass are often more compelling than opining about another.  So. . . .

Let's forget about the billionaire's daughter.  She will always be successfully running in those circles.  It is impossible to fall.  So yea, she's doing better than I am by default.  Let's move on.

The fashion maven's birthday just passed, as did my ex-wife's.  The one with the kid's is coming up.  I'm up to date.  O.K.

But you run across a lot of things.  I went to two instagram sites.  Oy.  One is severely disappointing.  No, both were.  Maybe it's just instagram.  Maybe everyone looks like an idiot on that platform.  Maybe they all sound like they read too many positive thinking popular culture self-help books.

Jesus.  Now I can't say.  My ex-wife is doing very well though.  I took a YouTube tour of her home.  Holy smokes!  Her husband is a very successful builder and she has become, it appears, his interior designer.  We have different tastes, she and I, but she has done very, very well.  All the pictures she posts are from the best places to be at the right time of year--Malibu, Vail, Palm Beach. . . .  Like most of the acceptable people here in my own hometown, she has multiple homes.

But I saw a picture of her grandmother.  Grannies was one of my favorite people.  She was most gracious and generous, and when she found out that her granddaughter and I were separating, she called me and cried.  Me, too.  What a great gal.  There she was, almost one hundred and one.  She looked exactly the same.

Later, I saw her obituary.  She died just a few months ago.  Piss, shit, fuck, goddamn.  She was a true champ.

Oh. . . I found out much more.  But I am not a tattler.  To all my exes credit, though, they are all moving in the better circles.  Raquet clubs and country clubs and vacation resorts, etc.

And I am still a hillbilly chub.

Even Q is giving me the high hat.

I have had a craving for bad food since my digestive disorder.  I read today that there is a Listeria breakout in my own state.  Maybe that is what hit me.  But now, all I have been craving is a Whopper.  I asked the "boys" at the gym if they ever had such cravings.  To the man, they said that they eat shit food once a week.  Hmm.  I haven't had a Whopper in a decade or so.

But I am trying.  I ate sardines for lunch.  By dinner, I was starving.  I fried up a couple cube steaks and a bunch of potatoes and some kale.  Yes, I fried the kale. I heated some baked beans.  By the time dinner was ready, my hands were on fire with the sting of popping grease.  The stovetop was covered.  The kitchen floor was covered, too.

I ate everything.  And then I had a chocolate covered Dove bar.  Holy shit!  I haven't eaten this much food for a very long time.

I had a margarita beforehand.  Wine with dinner.  And then the scotch.

I have no idea how many calories I consumed.  I don't want to know.