Got No Mojo Working 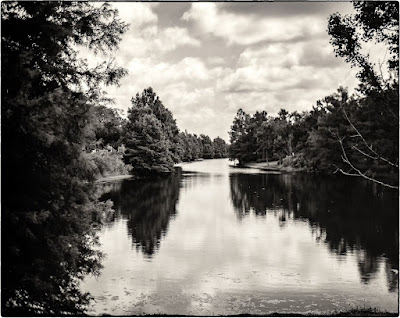 I missed last night's Strawberry Moon.  It was cloudy here, at least it was over my house.  You can never tell about the weather from neighborhood to neighborhood.  I can have a downpour here, but my mother, just a couple miles away, will get no rain at all.

Speaking of my mother, I sent her a photo of last night's grilled veggie dinner.  Oh boy was it good.  Not cheap, though.  The price of vegetables is rising like everything else.  I swear, I am going to turn my mother's small backyard into a garden.

My mother texted back.  It was gibberish.  She dictates to Siri who obviously doesn't get my mother's hillbilly dialect.  But what the message said seemed dire, so I called.  My mother went into her house when I left in the very late afternoon, and the thermometer said it was 81.  She went on to explain how she fixed it.  It made no sense.  Oh, she said, she hadn't touched the thermostat since early in the morning.  So someone came into the house and changed it, I asked?  She didn't know what had happened.  This worries me.  When she turned on her garbage disposal, it just growled.  It's shot, she said.  I told her I was not going to try to replace it.  When mine went out, I bought a new one and then called a plumber to put it in.  It was no easy task and took him three hours, most of that being time to get the old one out.  Lots of grunting and groaning there.  Nope, I said, I wasn't even going to try.

Finally, she said, she got into her car because she was driving a neighbor up to get her's from the mechanic's shop.  When she started it, the "Check Engine" light came on.  Her neighbor had a device that you hook to the car, my mother said, and it tells you what is wrong.  The device reported that it was something to do with the anti-pollution device.  My mother's neighbor said the same thing happened to her car.  There's a leak in the lines, her neighbor said, and they have to pump smoke through the system to find out where the leak is.  It is very expensive, the neighbor said, and so she just left it alone.  The shop wanted $900 to fix it.

But there is never an end to trouble, is there?

Today's photo is more large format hijinx.  For some reason, the algorithms do not recognize that as a word.  It keeps changing it to "biking."  I had to look up the spelling.  Hijinx, apparently, is not in this word processing vocabulary.  But isn't that a lovely photo?  I will become the manicured, suburban version of Clyde Butcher (link).

I wanted to make photographs yesterday, but I didn't.  If you don't do outdoor things before noon here now, it is too late.  For me, anyway.  For mail deliverers (aka postmen), tree workers, roofers, and yard engineers (aka yardmen), it isn't so.  Jesus, Joseph, and Mary. . . what hell.  Seriously, working construction at The Great Theme Park the summer after high school motivated me to go to college.  That and only that.  It was not the kind of life for me.

I like cowboys, but I don't want to be one.

I feel ill at ease this morning.  Maybe it was my mother's message.  Maybe it was the Strawberry Moon.  Maybe it's the heat and the threatening summer storms sure to come our way.  Maybe it is that I have a lot of outside work to do that I am dreading and keep putting off.  A thousand maybes.

It is probably, though, simply living in the valley of the shadow of death.  And its specter.

The algorithm wants me to put an apostrophe in "its."  This thing reeks.

Obviously I have nothing of interest today.  I need to lose weight, get younger and handsomer, and go meet people if I truly want something to say.  Even the past must be remembered and reflected through the present.

I am truly lacking confidence.  My mojo is gone.  I have no game.  I need some witchcraft.  I want my mojo back.

Maybe there is a potion.  I need to find the potion.