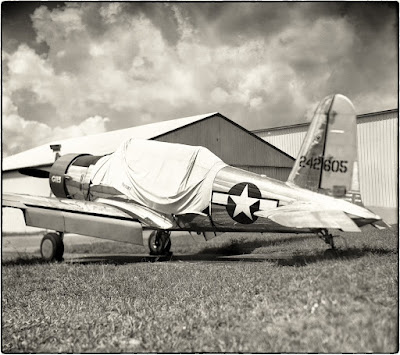 That's how I felt when I pulled this image.  This is a handheld 4x5 Liberator shot through a hurricane fence.  The depth of field is so shallow, there is not trace of it.  Kaboom!  Home Run!

I put this image up on several large format forums.  Well now. . . I guess I should have been taking nerdy photos all along.  But I don't want to crow too much.  For every one of these, there are failures.  Fewer, though.  I'm actually getting the hang of it, I think.

In this shot, you kinda get both.

My "boys" at the gym take all kinds of supplements.  They talk supplements all the time.  They show one another supplement stuff on their phones.  One of the "boys" said I should get some tomcat alley.  That's what I thought he said, anyway.  Turns out that is a video game about airplanes.  I was laughing because I was thinking something completely different.  I did an image search for it.  Disappointing.

What he said was Tongkat Ali.  It is an herbal extract from a plant that grows in Indochina and is a folk medicine commonly used to treat a variety of ailments.  It is said to increase sexual stamina.  Tomcat Alley, indeed.  In the U.S. it is often called "Longjack."  Yea.  There you go.

I am startled, though, that I had never heard of it before.  Studies show, I read, that it can increase the body's production of testosterone.  I've been in gyms my whole life.  You'd think I would have heard of this before now.  But the fellows I have known didn't really fuck around with herbals.  They went straight for the gorilla hormones.

I'll put this in the category of Spanish Fly and Yohimbe bark.

There is a terrible heat upon us.  It is supernatural, even in the midwest.  I am certain there will be many murders this summer.  People are going to lose their minds.  I mean even more so.  We are a violent species that is only placated by comfort.  I think we need to grow as much opium as possible and give it away for free.  People should be able to have as much as they want.  Narcotize everyone.  Nobody wants to go back to work anyway.

Jesus.  I can't imagine being a roofer or a tree cutter.  I need to do some painting outside, but I think I missed my window.  The horror is upon us.

Did you hear about the economy?  Shit stinks.  We're up the creek.  It is going to be the 1970s all over again, back when they shot hippie dissenters and everyone went indoors for disco.  I'm looking for a lime green leisure suit.  Or one of those stylish track suit things that people who never worked out used to wear.  Let the Good Times roll.

My mother's backyard gets a ton of sunlight.  I'm going to build some container gardens and grow food.  Beans and rice and our own fresh produce.  We're hillbillies.  We can live cheap.

If you missed yesterday's 1/6 committee hearing like I did, you can watch the whole thing on YouTube.  That's what I did last night.  While it was live, I was doing this. 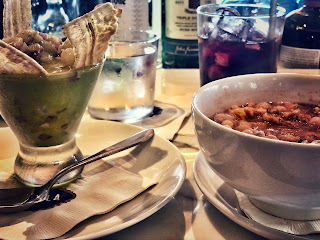 I was alone.  The place was empty.  I had a new barmaid who was in training.  All there was to do was sneak peeks at one of the waitresses.  I want to photograph her so much.  Her face. . . .

"Show her your airplane picture.  That should do it.  She'll be begging you to photograph her.  Or maybe your picture of the old lady on the bike.  Or one of those photos of a lake.  She'll be all over it."

"You're being sarcastic again.  Why are you so mean?"