Absinthe and Opium and the Province of Rascals 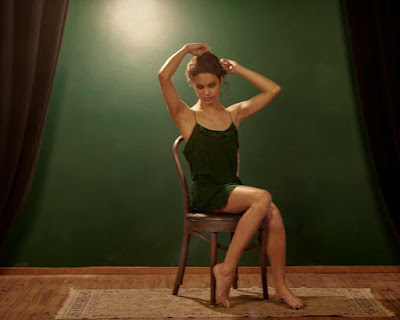 How did I ever work, work in the studio, work out, cook and clean, and play with friends and still get some sleep?  If I empty the dishwasher now, I feel I've had a busy day.  I think I need to focus on being more productive.  Somewhat, at least.

I went to lunch with my friend yesterday and then made a trip to the museum with her.  I've been to lunch twice this week.  There goes the grocery budget.  Who can afford to eat out now?  Apparently not so many as used to.  Restaurants are complaining about the falloff in business.  My five dollar Whopper meal was a standout.  But my mother told me yesterday that the sausage biscuit thing she used to get at McDonald's has doubled in price.  It is no longer her "happy meal."  Us retirees will all be eating squirrel meat soon enough.  I'd better start learning how to make traps.

The contemporary art show at the museum was a real bust.  It was so bad, I kept yelling out, "Fake!" like I had Tourette's.  For all of its infamy over the Basquiat incident, the museum is known for its placid, "don't take a chance" exhibits.  There was nothing capable of controversy in this one.  I'm sure the major museums of the world are feeling the same sort of pressures.  We'll be back to abstract painting and piles of string and paper exhibits.  Everyone fears being cancelled.  Or worse.  "Bad behavior" will end your career quicker than Boris Johnson's.  I find it fascinating, really, that he is resigning not over missteps in policy but because he is a bit of a rascal.  I like rascals, I'm afraid.  Rascals are my lot.

So long Bohemia.  It was fun.  No, really.  We've been overtaken by Christians, Ideologues, and Incels.  There's no room for naughty fun anymore.  You're old and creaky and we will have to put you in a home.  We'll come visit from time to time to see if your are. . . you know. . . . 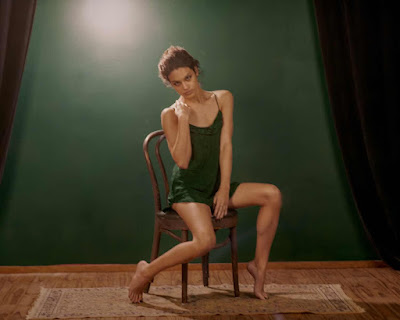 But God. . . you were truly something when you were young.

Speaking of which, my mother is going to a little birthday party for her neighbor who is turning 97.  I've already told you that.  She lives alone and just passed another driving test.  My mother's 89 year old neighbor is hosting the party.  I've sent a bottle of champagne but won't be in attendance.  I feel bad about that, you know, but I'll be at the gym.  As mentioned previously, there are only so many things I can do in a day.  Who knows, though.  I may drop by in my gym clothes and give the girls a little shake.  Ha!  They do treat me like their boy toy.  But you know. . . not in front of my mother.  In all, they are a pretty conservative lot.

All the kids from the factory are onboard with Wokeness in one way or another.  It is like a religion, really, and though they like to drink and smoke pot and eat mushrooms on occasion, they are easy to shock.  I do it without even trying.  But they shock me even more with their scriptures.  More than shock, they scare me at times.  Little by little, I think, I am being cancelled.  Incrementally, you know.  Nothing sudden, just a slow disappearance.  One day, I'll simply be a ghost.

Outrageous behavior is only tolerable when you agree with the "statement."  Like my buddy C.C., though, whatever it is, I'm against it.  We rode that wave throughout our tenures.  We were rascals.  It impacted our careers, first one way, then the other.  Now, as C.C. just declared in a text, "Totalitarians on the left of me, Fascists on the right of me: stuck in the middle with you."

Funny, but true.  Somehow I feel we are in the middle.

After we left the museum, I started to go home.  Then I turned the car around.  I needed to take two pictures, I thought, with the big ole Liberator, so I could develop some film when I got home.  One of the photos I took was of a Garden Club that I had never noticed before.  I pulled into their parking lot and pulled out my big camera and film holder.  As I walked around to the front of the building, a woman standing in the drive asked me something.  I wasn't sure what she said.  She repeated what sounded like, "Are you sick?"

She followed me from a distance as I walked to the front of the building and took the photo.  I had the feeling she was keeping an eye on me.  Walking back by her I asked, "Are you a member of the Garden Club?"

She was.  I asked her if they had any flower shows coming up, and she said they did in October.

"Do you think I could take some pretty pictures with this big old camera?"

"What do you do with your photos?" she queried.

"If you want to come take pictures, just call," she said.

Maybe I'll take some photos of the ladies at the Garden Club in October. 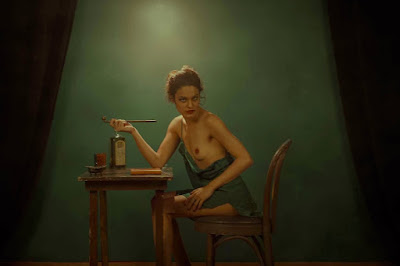 Yes, the Garden Club is just the place for me.  But who knows?  It could be trouble, too.  I mean, there could be a diversity issue.

Absinthe and opium.  Can you imagine?  Evil pleasures and bad behavior.  Scandalous.

The Province of Rascals.