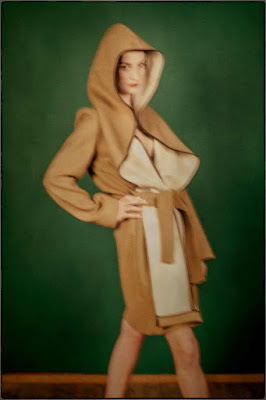 My mom is anti-abortion.  She's really fired up about all of "those women" who are out there acting out about having their rights taken away.  She thinks all life is sacred, I guess, except for theirs.

Boy, she's adamant about this one.

"Why are they out there having sex if they don't want children?"

Oh, boy, I pulled my punches on this one.  You don't want to slut shame your 90 year old mother.

"What about married women who don't want to have a child?"

"They should use birth control."

My mother just looked at me.

"Hmm?  Could she still get pregnant?  O.K.  I'll tell you.  Yes.  The efficacy of birth control pills is about 91%.  But what if she is a good Catholic and doesn't take the pill?  What is the efficacy of condoms?  Contraceptive foam?  Diaprhagms?"

Mom's pretty much glaring at this point.

"I thought you were an expert on this.  Maybe you think people ought to just quit fucking?"

There it was.  Bingo!  "These women" are just going out there and having sex and getting pregnant and having abortions.  Apparently this is pissing my mother off.

"So you think a fifteen year old girl who got boinked by her boyfriend and gets pregnant should have to have a baby?  You think kids are better off with bad parents?  Why?"

Of course I brought up the SCOTUS gutting of the EPA.

"Are all the countries doing the same thing?  Why should we?"

There is no use arguing with people.  You never change anyone's mind.  My mother is happy as shit that we have so many heroin and meth addicts in our family.  She's especially proud of my cousin's kid who has a baby out of wedlock.

"He's a good father," my mother says.  He lives in government subsidized housing, sells drugs, and delivers pizza at night.

"He's a thirty-five year old drug dealing pizza delivery boy whose baby mama went to live with her boyfriend in a Mexican labor camp so she could get away from him."

It is fireworks weekend.  White nationalists are marching on the Freedom Trail.  It is an exciting time of celebrating violent revolution, the very roots of our country.  Kaboom!

Many, many years ago, my band played in Gotham's famous lake park with an estimated 10,000 people in attendance.  We claim that as our largest crowd though most people were not there for us and indeed were in far-flung parts of the park.  Still--they could hear us.  Another 4th we played a club in a nearby coastal town to the largest audience they ever had.  The club owner gave us a bonus at the end of our gig.  There had been over five thousand people throughout the door that night.

Last night before bed, a little stoned, perhaps, I picked up my guitar.  I can barely play it anymore.  The strings cut into my un-calloused  fingers and so I mute half the strings.  I played softly, more so than normal, and sang better for it.  I thought I sounded pretty good.  I had to be stoned.

My mother and I were talking about the 4th we played in the park.  She was there.

"Did you make any money playing in the band?"

"Some.  In small clubs, we'd get the cover money to get in.  In big clubs it would be a flat fee.  It got to be a pain in the butt, though, hauling the equipment, showing up in the afternoon to set everything up, run wires and cords and cables, do a sound check, then come back that night to play.  Then we'd have to wait for the crowd to clear and we'd tear it all down.  The money was never worth it."

"Yup.  But it doesn't matter, does it.  I mean, nobody gives a shit.  Nobody cares what happened to some old guy.  It's like watching a silent movie.  It's just not real.  I guess you just wear your experiences.  They are just part of you.  Maybe it shows.  Who knows?"

After chopping away at the guitar and crooning softly to the empty night, I slipped between the sheets.  All night, I dreamt memories of things that had happened, those things that sound like bragging.  Well, I guess they are.  And that's why you can't tell them.  I'd wake up giggling, sometimes, smiling at the memories that were dreams.  Life is a bitch, but I have to admit that mine has sure been fun.

Here's one to piss you off.  I don't care.  I'm over everything.