You Could Put Your Eye Out 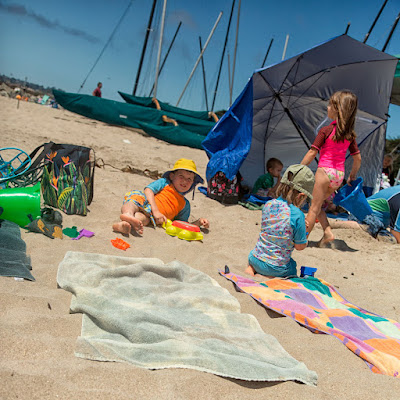 I can't seem to get well.  Whatever this stuff is, it is lingering.  I had another down day.  Bad belly, aches and pains.  The result?  No pictures.  I haven't felt well enough to drag that big ass camera around.  Today, being the 4th and all, I need to make some sort of festive meal for my mother.  I don't want to.  I haven't any energy at all.  I feel the need to stay in bed for a week or two.  I need a retreat.  I'd take a trip to The Magic Mountain.

Have you read it?  Thomas Mann's tome?  It makes illness and recovery sound dreamy.  People used to go to sanatoriums to recover.  I'd love a sanatorium somewhere in the Alps.  I'd go to breakfast, then lie about in the fresh mountain air dozing with a blanket across my lap.  A gentle walk before lunch with the other patients.  Some sort of therapy, perhaps, passive, not aggressive, in the late afternoon.  Dinner and some  entertainment.  If one were up for such a thing, that is.  People to look after your needs.  A life of passivity.

Rather, I will go in search of something like barbecue wings.  I don't want to cook hot dogs and hamburgers.  I have no desire for that.  I would eat a few wings, I think, and drink a beer.

This may just be the drugs talking, though.  I took an Advil P.M. last night and am still limp and watery.  What in the hell do they put in them?  I know I am a drug wimp, but holy smokes. . . . The buzz from those things is shocking.

I shouldn't keep promoting them, though.  Soon enough there will be P.M. clubs full of Advil-downing ravers.  Would "raver" be the right word?  Somnambulistic ravers?

As life becomes duller and more dangerous, so do people.  The average American intellect has dropped ten points at least, I'd say.  Colleges are teaching courses in comic books and graphic novels.  Everything is open to academic study, I know, but the number of people pursuing education degrees is staggering.  And there is nothing more insipid than a degree in education.  With Mr. Magoo driving, we're headed over the cliff, and the unsurprising result is a new emphasis on drugs to treat our mental disorders.  Everyone is microdosing.  Or more.  I just got a text this morning from someone I worked with telling me her visual acuity has improved.  Everyone is doing legal cannabis or the new Delta 8 variation that you can get anywhere just by walking into a CBD store.  The NY Times just did a piece on Delta 8.  It'll fuck you up in more ways than one.

If we can't go to The Magic Mountain, we'll settle for Sugar Mountain (with its barkers and its colored balloons).  We'll do it until the Supreme Court shuts it down for good.

I feel that I must get out today and make some July 4th pictures.  I don't know if I will, though.  I got a new photo book yesterday, Elmo Tide's eponymous collection.  I can't recommend it.  The images lack contrast, the blacks coming out as grey.  It was printed in China on a less than fabulous paper.  The book drove me back to look at his photos on the internet.  I looked at them for a long while yesterday.  I realize now where he took those bazaar images and why he has simply disappeared (having never really existed anyway).  Do they still have big porno conventions?  He was somewhere like that when he made his most startling images.  They must have all been made in a relatively short period of time.

I should look into some of societies most bizarre events.  Energy and guts.  Those are two of the three main ingredients to being a good photographer.

At present, however, I seem to lack both.  I will have to look into methamphetamines I guess.

In another moment I think I will have the will to stand.  Coffee and the morning light are working on me.  Perhaps my enervation has as much to do with a lack of food as with the soporific effect of medication.  With a bad stomach, I just haven't been interested in eating.  I think I'll try a hard boiled egg this morning.  And maybe a mango.  I don't usually eat in the morning, but I'll give it a try and see.

Tonight, if it doesn't rain, people will gather together in sweaty crowds to watch things go boom.  They feel compelled, I guess, not out of patriotic fervor but a simple lack of imagination.  Watching a fireworks display is second only to buying a Hallmark card in its inanity.  At least there is a danger of losing an eye or blowing off a finger in the homemade version of the celebration.  Liquor and gunpowder are always an entertaining combo if viewed from afar.

Alright. O.K. I need to start searching for a fun afternoon celebratory meal for ma.  She need do nothing.  That's what I would do.  I've gotten really good at it.