Are You an Artist? 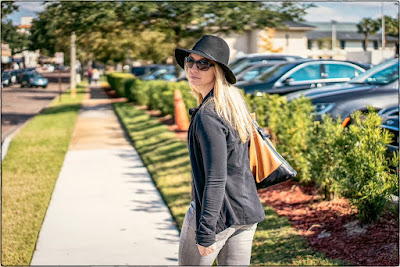 If you haven't read Kafka's "The Hunger Artist," you should.  You shouldn't read it if you are looking for an exciting narrative tale.  This story is the opposite of that.  I haven't read it for probably twenty years, so I shouldn't try to tell it here.  I tend to rewrite stories in my head over time.  As I recall, though, the most exciting part of the story is simply the contrasting images of a man who spends his life fasting and the attraction which replaces him, a caged panther.

I haven't been making any photographs these past few days.  I think about it, but it seems a lot of trouble.  What have I gotten myself into?  I'm addicted to those big camera images.  For me, they've become thrilling.  But making photographs with those cameras is a lot of work and it has been hot and I have been lazy.  I have ideas, but. . . you know. . . .

On the other hand, holding my little Leica M film camera is thrilling, too.  I've had a billion cameras as you all know.  None of them make me want to hold them like the Leica.  I've taken to walking around the house with it.  I take pictures of my yard, my house.  I have rolls of exposed film, but I am not interested in them.  I mean, I am not rushing to develop them.  The images will disappoint me.  But holding the camera and tripping that whispering shutter is addictive.

So, like an idiot, I walk around the house pretending that I am a photographer.

Yesterday, I might have been looking for something on my hard drives.  I don't remember.  But I am so poorly organized, I don't know what is on the dozens of drives I have.  They are labelled things like "Old Mac Desktop."  I have no idea how old or which Mac.  It is a matter of plugging a drive in and looking to see if any of the folders are what I am looking for. 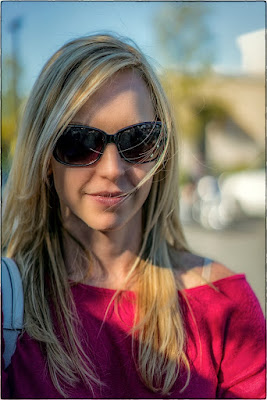 I got stuck.  There were many images I had never touched of a woman I knew.  I decided to cook a couple up.  She was the oldest woman I had ever gone out with.  Damn.  I was almost famous back then and still had confidence.

Yes, you donkey, almost.  I've been on the verge of success so many times in so many ways. . . oh, it is frustrating.  But you know, the potential for success and failure were with me in equal portions.  So it seems to me now.  No, not quite.  Maybe the scales were tipped just a bit in the wrong direction.

I'm probably just too slothful.  I can usually master 80 percent of a thing without much effort, 90 percent with some.  But damn, that last ten percent is a killer, isn't it?  I'm speaking for you now.  I mean, most of us come up about ten percent short, don't we?  You may have been successful.  You may have become a doctor or a lawyer or an Indian chief, as the saying used to go, but you knew when you got into the room with the very successful doctors or lawyers or Indian chiefs that you fell short somehow.  People may admire you for being a doctor, but when you are a general practitioner in a roomful of neurosurgeons, you know.

Don't worry.  I understand.  You are my people. 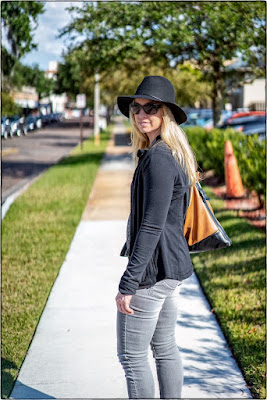 Like others I've known, she was going to help me be famous.  I remember the day she wore the hat distinctly.  We went to a fairly important photo gallery.  The owner was there.

"Are you two from New York," he asked out of the blue.

"Not me.  She is," I said.  It wasn't true, but I thought she looked so cool she might as well have been.  Oh, man, she was smooth.  He was obviously taken with her and started chatting her up.

"Are you an artist?"

Shy and reclusive, I demurred, but she had the floor.

"Have you showed your works in town," he asked.

"No.  I have no interest in showing locally," I said.

"Good.  That's good.  You should bring some work around one day."

When we left, I told her I couldn't do it, but I would let her.  She could be my whatever.

We didn't last that long, and I never took the photos to the gallery.

But goddamn, she looked like the artist that day.

Hell, you're never going to read "The Hunger Artist," are you?  I'll just go ahead and tell you how it ends.  People lose interest in the fasting man after he reaches his goal of forty days.  Some begin to say that he must be cheating, that someone sneaks him food at night.  The Hunger Artist decides to continue fasting and over the years he fasts for longer and longer spans of time until one day, having been forgotten, someone finds him in his cage, just a shrunken bag of bones.  And here's the kicker.  I mean this is good.  Dying, he confesses that truly, he had simply never found any food that appealed to him.  His fasting was hardly a feat at all.  It hadn't taken much will.  It was truly just his natural state.

I think that's how it goes, anyway.

"Are you an artist?"