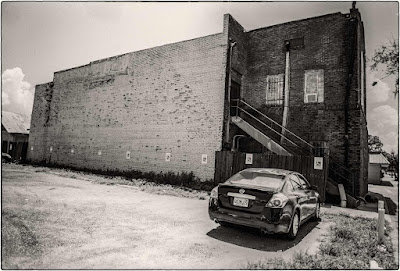 "I say that conservatives are the new gay.  They are in the closet."

I was incredulous.  I believe my jaw actually dropped.  This happened yesterday at the Republican Y.  I've forgotten the conversation that led up to that point.  I couldn't believe they were serious, but they were. . . as a heart attack.

"Well," I said, "nothing is pure any more.  Everything is hybridized."

But this is how these rich, privileged guys feel.  They are beleaguered.  It is a handful of them against the rotten world.

I wanted to say that they had OAN and Newsmax, not to mention Fox, but that would have gotten me nowhere.  I had come to the gym late, and none of my gabby gym buddies were there.  If I didn't engage, I could get in and out pretty quickly.

I'm sure those fellows do not like Liz Cheney, the most conservative member of congress.  They felt in many ways "liberated" by Trump, unshackled from the bounds of polite behavior.  Trump was a lout who touted his loutish acts.  It was as if he declared, "This is how successful men must act to get ahead.  It's o.k. as long as you are successful."

My most cowardly conservative friends now declare themselves libertarians.  They think that lets them off the hook.  I tell them that is like calling oneself agnostic.  It means nothing.  Being a libertarian would put a conservative in bed with a lefty anarchist, and I know they ain't for that.

My mother is no libertarian.  Fox has taught her total disdain for the president.  Her face screws up every time she tells me something he has done.

"Biden came back from vacation for a minute so he could make a big show of signing that bill," she snarled as she viciously pantomimed the action.  "Then he looks over, his eyes all lost, reaching over to give somebody the pen.  He's gone.  He doesn't even know where he is at!"

I just watch her.

"Because the elections are coming up.  He's opened the gas reserves to bring the price of gas down.  He thinks that makes democrats look good.  You watch after the elections, though, right?  Those prices will jump back up.  And how are we going to replenish our reserves?  Huh?  He's just a fake."

"So you are in favor of higher prices, right?  You think he should have just let gas prices drive the price of all goods up and up and up?"

"He just does what Pelosi tells him to do.  He's not all there."

"Imagine--he cleaned Trump's clock in those debates.  What does that tell you about Trump?  That he's a moron?"

But my mother doesn't want to debate.  She just wants to spit out what Fox has told her and be done with it.

"You know I don't know anything," she'll say, and that's that.  I guess she feels about Biden what I felt about Reagan.  If Biden is lost, he's not the first.

I just read a positive book review of a novel I will probably read, "Babysitter" by Joyce Carol Oates.  I've read some Oates, but she is so prolific, it would be impossible to keep up.  She has been for my entire adult life the most androgynous writers I have read.  I mean, her language has always seemed to me un-gendered.  She writes much about life's brutalities and does it unflinchingly well.  Yada, yada, yada.

The part of the review that struck me, however, was what I found a silly criticism of her style which was remarked to be most beautiful.

Yet despite her virtuosic storytelling, Oates is unable to resist spoon-feeding her readers, spelling out her points using italics and parentheses and other clunky notations (link).

O.K. Guilty.  I never thought of it as "spoon-feeding," though.  "Clunky" indeed.

The cat, absent for four feedings, showed back up at feeding time last night.  She looked o.k.  I stood over her while she ate and looked at her wound.  This is a fairly new phenomenon, me standing over her while she eats.  I am probably looking a lot more trustworthy to her these days.  I saw that the wound was not as red now, that the outer parts of it were white, I assumed with new tissue.  What was red was not as red as before.  I think she'll heal.  Still, as I've always noted, she will not live as long as an indoor cat.  Sooner or later she won't show up or will show up weak and sick.  What have I gotten myself into?

I myself have been called a stray.

"Somebody always finds you, feeds you, and takes you home," was the comment.

"Oh, I don't mind sympathy.  You can pity me, I don't care.  Just let me lie on your couch and come feed me and take care of me and I'll be yours."

The way things are going, I think there will be many of my ilk soon enough.