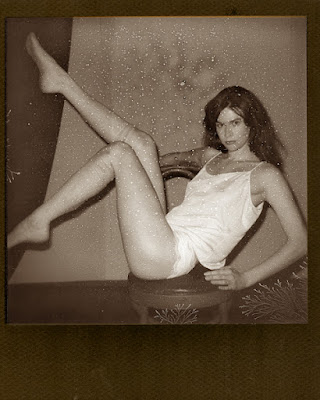 I am watching it happen in real time.  I'm sure I've witnessed it thousands of times before, but I've never been cognizant of it.  This time, it presents itself like a novel or a play or a movie.

The kid was smart like all kids are.  And, as happens, he got less smart, meaning he developed other interests in life.  Then problems.  Never real trouble, but as a teen he became morose.  He had help, of course.  His high school girlfriend was something like a Goth, diseased with terminal depression.  But she was his first one to give him sexual pleasure, you could tell.  He was in love.

When graduation neared, she had almost convinced him to come to a small private college with her, but he got a scholarship to an expensive midwest college that his mother and aunts and uncles all attended.  He had little choice.

His first semester, he roomed with the son of a Costa Rican aristocrat and gained a good deal of sophistication.  He came back to town during the Christmas break and hung out with his high school sweetheart, but she was no happier than ever.  And that was the end of that.

In his second semester, he got a new girlfriend, a pretty blonde from Seattle, all laughter and sunlight.  He started going to the gym and took up rock climbing.

Then Covid hit, and everyone left campus.  All classes were online.  He moved in with four roommates in a house not far from campus and learned the joys of smoking dope.  His grades dropped and he got some tattoos.  But he became a good climber and got a job managing a climbing gym.

In his senior year, students came back to campus, and he got a new girlfriend, a pretty theater major.  And he was in love.  She was great.  He was happy.

As graduation neared, he began to think about the future which didn't include his major in music.  His girlfriend, however, was moving to NYC to pursue her career in the theater.

When he graduated, he was for the first time off the parental tit, so to speak, and had to make rent.  He moved into a house with friends and got a job.  His parents were pleased.  It was a good job with an employee owned company that provided profit sharing, bonuses, and benefits.  The money was impressive.  He would be selling musical instruments to high school and college music departments around the metro area.  He wouldn't even have to travel all that much.

In a few weeks, though, his girlfriend moved to the city.  He would come, he said, to visit her in October.  But when she left, he felt dejected.  The job demanded more of him than he had thought it would.  His mind was filled with her and all the fun they had.

And this is where we have to gaze into the crystal ball through the eyes of experience, aged and jaded as they are.  She begins auditioning and maybe takes some classes at one of New York's acting schools.  She lands a small part in a small off-off-Broadway play.  It is nothing, but it is everything.  Rehearsals at the theater and after rehearsal drinks.

"Really.  That must be fascinating."

The parents of the boy with the job are quite proud and pour praise upon their succeeding son.  Wow, they say.  You are doing great.  In truth, however, they are simply relieved.

"He even has his own insurance," they say.

In October he travels to the city to see his girl, but of course it is weird.  They are living very different lives.  He'll deny it at first, but unconsciously he knows the relationship is doomed.  Back home, the phone calls and text messages are fewer and fewer.  She is busy, she says, with the new play and auditions.  She is just exhausted, but it is exciting.

He finds that he, too, is exhausted and looks forward to the weekends.  He meets a girl in town.  They laugh a lot.  She's really sweet.  She has a good job with the state.  They seem to fit.

He won't sell band equipment forever, surely, but there will be other jobs and more opportunities.  There will be vacations to the mountains and later, maybe, to expensive resorts.  He will get married. . . and then the full catastrophe.

Fifty years later, he will look back and wonder what the fuck he did.  It wasn't bad.  He was fairly successful.  But what did it all add up to?

He did, though, enjoy seeing her in those films over the years.  And from time to time, he allows himself to imagine what might have happened if. . . .