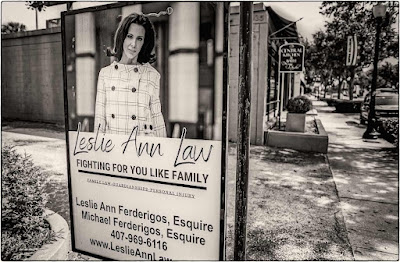 I'm flipping.  The right is angry that the FBI retrieved top secret nuclear documents from Trump's house.  Their rhetoric is insane.  Then Rushdie's stabbed.  Same mindset.  Progressives say words are violence.  They will see about that soon enough.  Don't bring a thesaurus to a gun fight.

Where are the critical theorists now?  Who will save us?

I was not well yesterday.  Two days of bad reaction to the Moderna booster.  I did manage to drive my car to the repair shop.  Turns out the fellow who has owned the shop for decades has sold it.  I took my car there because they were good and not so expensive.  Bill, the owner, used to be a guest on "Click and Clack" or whatever the NPR car show was called.  I thought going to him was much better than continuing at the dealership.

I must say, the shop was much cleaner and seemed better organized.  The old crew used to sit around and drink coffee and eat a lot.  Decades of car grease can slow you down, I guess.

And crashed.  I took two Tylenol and went to bed.

I got up to a phone call.  My car was ready.

That was for a tune up, oil change, new wiper blades, and a new battery cable.  I guess the new guys gotta make money.  But holy shit.

I called an Uber to take me back to the shop.  The driver had a nice, new Sonata.  He played elevator music from some satellite channel.  He drove well under the speed limit.  He told me stories in a very strange manner, emphasizing details, speaking words carefully and succinctly.  He told me he got this car because he was run into from the rear by a car trying to outrun the police.  Thank God, he said, his passenger was o.k.  It totaled the car.  He was going about 35mph, he said, when a BMW tried to pass him going to the shoulder of the road.  The car went out of control, and as it tried to make its way back to the pavement, it rammed him.  The BMW's front end came apart.  The driver jumped out of the car and took off on foot.  The deputy set loose a German Shepard and they all went running into the woods.  The fellow left behind a gun, money, and a bag of drugs.

He drove slowly and had plenty of time to tell the story.

I have to say, my car seemed to have a lot more pep when I drove it home.  Now, I will once again be able to see looking straight ahead through the windshield when it rains.  And my car will start each and every time without my having to open the hood and jiggle the battery post.  All that.

And even though I have been dog sick for two days, I managed to make a delicious chicken dinner in the InstaPot.

On Thursday, before I was totally down with the reaction, I developed a 35mm roll of the same film I've been shooting in my 4x5 cameras.  I used a new developer called Pyro.  It is supposed to have some special, magical qualities.  As you know, I'd lost interest in my 35mm cameras, but I'll admit I love the film cameras.  And wow!  These negatives POP!  It was my first time using the developer, and the negatives are a bit overdeveloped, so I will cut the developing time by a quarter next go 'round.  But yea. . . I scanned the negatives, and they look sweet.  I'll do more of that.

I am still not up to speed today, but I think I should be fine.  I do feel like going back to bed.  Maybe I should listen to my body.  Maybe.  It is also telling me to make mimosas, so it's hard to tell.

The lyrics are from a song that my old band was known for.  We were political.  We sure showed them.