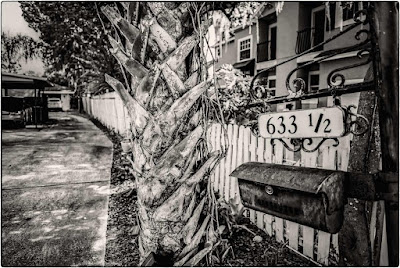 I got passed over yet again in the Great Biden Giveaway. I've already paid off my student loans. I didn't get any of the last big money giveaway, either. I'm just paying for it. Biden was beginning to gain a little traction, then. . . he reverted to being Mr. Magoo. Who'd he make happy this time? Not the kids that worked hard and paid off their own debts. Most of those getting student debt relief are those who never finished their degrees. I think I read that. Maybe I shouldn't say that without more verification. I do know for certain that some of them used their money to get tattoos. I wonder how many tats this Great Biden Giveaway is paying for? I don't think I'll be able to verify any of this--but neither can Magoo's administration. He's certainly given the republicans September ammunition again. This from my republican buddy:

"Student debt relief. On one hand a youngster is mature enough to choose sexual modification but at the same time incapable of making a sound financial choice. I should now expect to pay for sex change reversals for them a few years from now when they realize that while they don’t have debt they miss their pee pee?I suggested to my boys who have no student debt to be sure their buddies that get the break thank them for it because it is coming out of their pockets. Was it Churchill that said socialism is great until you run out of other peoples money?"

He is both clever and infuriating.

Do you care about what I cooked last night for dinner?  Huh?  I'm going to tell you anyway.  Here's what I did.  I was looking for something at Whole Foods and stumbled across a box of tempeh.  I've cooked with tofu before, but I've never cooked with tempeh.  I thought I'd try it.  Yesterday, I gave it a shot. I decided to use the tempeh in a stir fry.  Went to the grocery store to get the veggies to cut up.  And then I saw a bag of stir fry vegetables.  I put the other stuff back.  You may be aghast at the things I don't know, but there is a lot.  I grabbed something else I've never used--stir fry noodles.  I had planned on simply using spaghetti, but what the hell, I thought, I'd give these slimy looking things a try.  Back home I chopped some garlic and ginger and got the oil going.  I didn't have avocado oil, so I used olive with a liberal amount of sesame seed oil mixed in.  Tempeh, garlic, and ginger for three minutes, bag-o-veggies and noodles for three more.  Top with Teriyaki sauce and sesame seeds.  Oops.  Forgot the seeds.  Serve in deep Asian bowl.

Goddamn--it was like going on a holiday from the very first bite!  It was delish!

The feral cat's wound is healing.  There is less of the red every day.  She looks at me now with different eyes.

Why is it just college loan debt that is being forgiven?  What about kids who went to trade schools?  What about the kid who paid a private vo-tech to teach them how to be a cat groomer?

September will tell, but it is like my friend C.C. said about making life choices--"I just knew what I didn't want."

And as Bukowski said, often times the choice is between warm shit and cold shit.

Maybe that's the topic for tomorrow's post.  Not shit, but choice.  Yea, that may have legs.