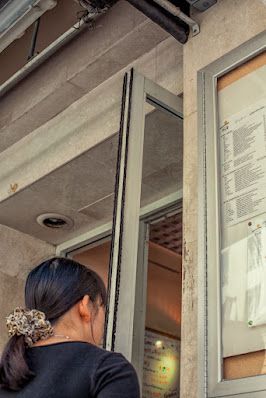 It's a dangerous world.  I write this blog essentially for myself, or so I say, but I am fearful of posting almost anything I like here anymore.  My tastes are not the public's.  I'm not sure whose side I'm on any more or where I should take my particular brand of cynicism.  I used to think the Times crowd alright, but they are the ones who now are worried about a shortage of intimacy coaches on film sets.  WTF?  They relish those who publicly confess past sins that can be blamed on the coercive pressures of the world in which they lived.

Yesterday I went to the mall.  I was, I'll admit, secretly excited.  I had a reason for going, too.  It was not just an attempt to fill the void.  I had not been since the beginning of Covid, and truly, God knows how long before that.  But there it was, only more so.  The empty spaces that once existed around it were completely filled.  If a chain didn't exist in the outparcels and immediate vicinity of the mall, it probably didn't exist anywhere.  I didn't recognize the landscape and wasn't sure where I was to turn.  I figured it out, of course, and went to the parking lot next to the entrance to Bloomingdales.  It is not a "real" Bloomingdales, but a suburban mall version.  Still, it is the best in our land, three floors of mostly women's clothing and home decor.

I knew where I needed to go and what I was after, but I couldn't help myself.  I took "the tour."  Some stores had changed locations during the pandemic and other's were now moving in.  The Ritzy side of the mall is on the Bloomingdale's end.  That is where Louis Vuitton, Kate Spade, Tiffany (etc.) are located.  As you walk to the other end where Macy's sits, the stores become Foot Lockers, Game Stops, and Billabongs.

In between, there is the hoi polloi.  They really put me on edge.  There were the older white people, schlubs who wandered about in the middle of the walkway or sat on benches sipping sodas.  There were younger whites, mostly tattooed from head to toe, but not so many of them.  No, the mall looked like an indoor version of Queens.

I passed the giant Apple store.  It was crowded with people wandering about, touching things.  It felt old, though, like walking into an AT&T store.  Apple needs to re-think.  The dew has dried and the shine is gone.

As with most things now, I guess.  The products in every clothing store looked exactly like they did pre-pandemic.  Many stores had shrunk in size.  A&F was half its former size, as was The Gap.

I expected to see some barber shops and tattoo parlors scattered about.  This would have better suited the crowd, I thought.  It will, I thought, be tough for the mall to survive.

My trip wasn't useless, but it was unsuccessful.  I didn't get what I had gone for.  I did smell pleasant when I left, though, like those wonderful candles they sell at Anthropologie.

I don't think I will ever go shopping again.  It's a TMZ world.

"In the near future, everyone will wish to be anonymous for fifteen minutes."  I came across this bromide in the new Lawrence Osborne novel yesterday.  True, dat, I think.  We'll all be outed in one way or another sooner or later.   I think there may be something about this in the Bible.  One day, everyone will know your sins. 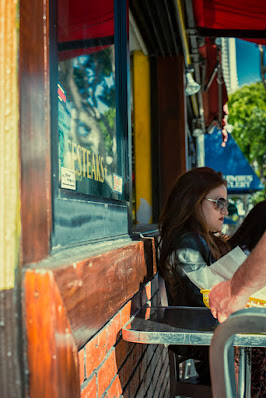