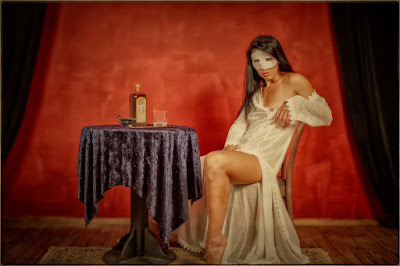 In spite of my determination to be more productive, or maybe because of it, I have been getting out of the house later and later each day.  Example: yesterday, I didn't leave the house and go to the gym before noon.  Granted, I'm just not into it right now.  I realized a few days ago that I have not taken a break for about three months, so I reckon my body is suffering from burnout.  I decided that I should take next week off.  Maybe I could go somewhere out of town.  That was the thought.  It was Friday.  Maybe, I thought, I should go out for a bit.  Early and just for a cocktail or two and some shrimp tacos at what used to be my favorite bar.  So when I finished my workout, I decided I would go visit my mother and tell her I would not be coming over later.

When I got to her house, she was gone.  I called her cell phone.  She was at the grocery store.  When I told her I wouldn't be over later, I thought she sounded sad.  There is nothing like a little guilt to keep you in your place, I thought.

At home, I ate a can of sardines and thought about developing the tin plates I had shot the day before.  I thought about going out and finishing up a roll of film that has been sitting forever in my Hasselblad.

Rather, I took a nap.

When I got up, the afternoon clouds had formed.  There was a light rain.  By the time five o'clock had rolled around, it was raining a little harder.  WTF, I thought, just put on your best t-shirt and some pants and go get an Old Fashioned.  My mouth was watering for those shrimp tacos.

When I got to the bar, it was closed for a private party.  The cosmos jeered.  Obviously, I am not supposed to go anywhere.  All signs point to home.

I never make Old Fashioneds. I had to look up the ingredients.  I drove to the liquor store and bought it all plus. . . .  I was all set for another Friday night alone.  Almost.

I stopped at Popeyes to get some spicy chicken.  The drive thru line was very long, so I parked the car and went inside.  That was a mistake.  The place was awful.  Two women behind the counter were talking shit about someone.  The meaner of the two kept looking at me and finally came over as if to throw me out.

"All I've got are two spicy wings."

This is the sort of thing that always wigs me out.

"That's weird.  Didn't you think people were going to order chicken at the chicken place this weekend?"

Oh, yea, I was helping her get to an even darker mood than the one she was already in.  I came home with a hodge podge of chicken parts, spicy and plain.  The sky was dark early.  It continued to rain.

When I got home, I made my first Old Fashioned.  One cube of sugar (the sugar cubes have been in a Bell jar in the liquor cabinet for years), three splashes of Angostura bitters, a teaspoon of water, and two shots of Maker's Mark.  I had no orange peel, no garnish.

When that was gone, I grabbed a beer from the fridge and sat down to my chicken.  I took a bite of the Cole slaw and was sure it was spoiled.  I kept thinking that I had pissed off the Popeye's manager and she had gotten me some "special" slaw.  I threw it in the trash.

I didn't want a second Old Fashioned, so I poured a Japanese whiskey.  Suntori Time.

Thus was my Friday night thwarted.  Crazy, too.  I was feeling the old confidence and didn't hate the fellow looking back at me in the mirror for once.  Maybe it came from looking up old school mates.  It had been something, really.  You find one on FaceBook and go to their "Friends" page and you find ten or eleven more.  Each time you open one of their pages, repeat, and you get the same thing.  And holy moly--nobody is recognizable.  I quit when I came across the FB page of one of the high school's prettiest girls.

O.K.  Maybe I'm not recognizable, either, but I have blond hair, and that should count for something.  And a cool t-shirt and some jeans that almost fit.  And I know enough to live in a Bat Cave and only come out in the dark. 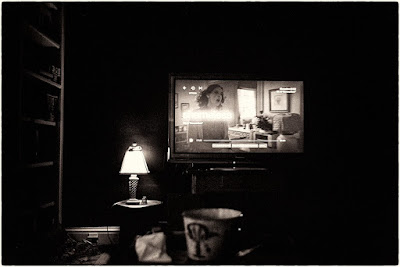 This is how I came to spend another night in isolation watching my new favorite t.v. show, "Shameless."  If you haven't watched it (eleven seasons of it) and you are a bit more twisted than your neighbors, you should.

I'll need to see my mother tonight, so I don't think I'll be going out.  Besides, I slept in my good t-shirt.  What would I wear?

Thus it is written.