Down the Mole Tunnels to the River of Gloom 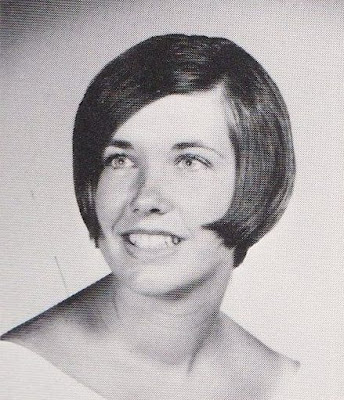 I don't know what happened or how I got there.  I just went down the proverbial "rabbit hole."  Maybe I should call it a "mole tunnel" or something else.  I hate speaking in cliches. However it happened, I ended up on a FaceBook page that was a a tribute to "Fallen Trojans," that is, people who went to my high school who have died.  Jesus, it was weird.  All of the pictures were high school yearbook photos from their senior year.  I remember how awful we thought those photos to be.  Looking back at all those fresh faces with that intentional far away look in their eye, though, they seemed beautiful.  How could death overtake so many so young?

I must say, my high school produced no Nobel Prize winners.  Indeed, not so many of us went to college.  I didn't just look at the dead ones, either.  Way led to way.  My poor assed neighborhood became a suburban ghetto and is famous for its violence now.  It is so bad, they do not have high school reunions there.  Most of the people I graduated with, however, never ventured far.  They live in small southern communities in the surrounding areas.  From my research I found that they often married one another.  On FaceBook pages, they proudly listed our high school under the "Education" section.  Some had "attended"a local junior college, as they were called back then, but that was about it.  They had jobs I don't really understand, but they often listed themselves as "supervisor."  Drive down any major highway on the way out of town and you will see the places that they work with names like Dwyer Technologies printed on signs in front of old block and aluminum buildings.
"I wonder what they do there," I often think as I'm driving.
"For the last fifteen years, Doug was a lead sales rep for Oswald Siding.  He leaves behind his lovely wife, Gail, and there four children."
Many of the living are pictured in MAGA hats astride their Harleys , the kind of grizzled crackers you see in breakfast diners throughout the south.  They love hunting and fishing and getting together with their friends.  That's what they say.
Our high school was a rough place.  I guess I should expect a fair amount of attrition.  It was named after someone, a Maynard Evans.  I'd never thought about who that person was.  I Googled it yesterday.  He was a druggist who served on the school board.  I guess his being a druggist was apropos.
The whole thing has left me with a hangover.  It was either that or the opium oil I was given last night when I met a group of factory workers for drinks.  It was a small group, only six, and we met at an oyster bar in an alleyway off the Boulevard.  I wanted oysters in the worst way, but I've been reading about people getting serious bacterial infections from eating them of late, even if the oysters come from the coldest waters.  I ordered fish and chips that were soggy and pretty awful while the "kids" sucked oysters out of shells like Kings and Queens of medieval France and England.  They won't get sick.  I'm such a sissy.  But one of the "gals" has become a yoga instructor and has gotten deep into reiki and is now making her own tinctures.  She handed me a brown bottle with a dropper on top.
"Take a dropper full before bed if you have any aches or pains."
"That is all I have."
The table guffaws.
I decided to take it when I got back to the house, long before bed.  It went straight to my head.  I didn't quit hurting, though.  The tincture was made with poppy seeds, but not the somniferum kind.  These were made with californicum, so maybe my head buzz came from the whiskey and my hopeful imagination.
C.C. is going to his high school reunion back up in the industrial wastelands this week.  I won't say which one it is, but I'll bet they'll be talking about all the classmates who aren't around.
It is strange.  My whole life I worked to get away from all of that.  But hell. . . I went to elementary school with most of them.  I guess knowing people for the sweetest decade of their lives does something to you.
I've never wanted to see them again in life, but somehow in death, they seem now to me to have been egregiously wronged.
Except for a couple of those assholes.  In truth, the world was a better place once they were gone.
Selavy.
Posted by cafe selavy at 9:26 AM