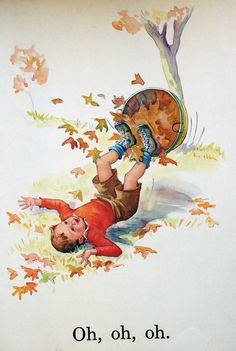 Well, I guess it's no surprise--it is autumn!  I learned a few days ago, though, that it is astronomical autumn.  It has been meteorological autumn since September 1st.  Either way, though, it is the Autumn Equinox and you can't argue that.  We enter the time of long, lonely nights.  Well, maybe not "we."  Perhaps I am projecting.

I've been in a texting war with my republican friend this morning.  I sent him some reports of polling that shows support for a Trump presidency is as strong as ever.  Like all weekday fascists, he has tried to distance himself from his last president (he doesn't accept Biden) calling him the "Bloviate in Chief," but I know he likes the Proud Boys more than he likes hippies and intellectuals.  So I said.  But now we come to the The Big Tell, right?

"So tell me you would vote for Biden in the next Biden/Trump election."

He said that he would have to "sit that one out."

"Right," I said.  "You would let other people elect him so you could keep your hands clean.  You, sir, do not believe in a democratic republic."

And I do not believe he would "sit that one out" any more than I believe Hispanic voters from dictatorial countries are voting for democrats.  And I'm right about that one.  Recent polling is showing that more and more they are favoring republicans.  No shit!  All they are looking for is a benevolent dictator.  Democracy is a foreign concept.

O.K.  I'm ranting now.  And this is not what I intended on one of my favorite days of the year.  Despite a rise in infectious diseases during this season, it is still my favorite.  Things seem to slow down.  Everything seems gentler to me.  Yea. . . I'm as autumnal as they come. 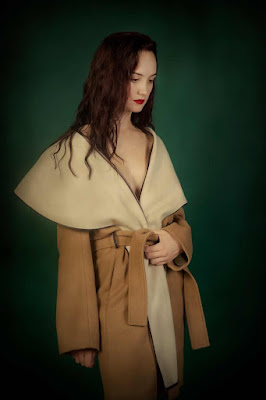 Time to break out the long pants and winter jackets.  Well, not so much here in the sunny south, of course, but in my head the weather is still Dick and Jane's.

But don't read too far in the series.  Once you get to "Dick and Jane Grow Up," things get complicated.  Dick begins to question his gender and says things like, "These are my identity parents."

I don't know what that means, but it must mean something.  I made up the term this morning when I misread my buddy's text which actually read, "identity and parents."  Well, well, that's how cliches begin, first as a novel idea, then they become meaningless gibberish.

I stepped out the door this morning to feel the autumn air.  It was warm and humid.  The high today will be in the nineties.  I'll simply have to admire the longer shadows, I guess.

I think, however, that I have been affected by the changing of the season. I decided to evade the gym this week and do some real living.  However, I have done nothing.  I wake later than ever and do not leave the house.  I haven't gone anywhere at all.  I've not been to my mother's most of the week.  I don't remember bathing.  I haven't even cooked a real meal.  I must get out of the house today, somehow, for something other than a liquor store run.  Each day, I go down mole tunnel after mole tunnel.  I've chased beaver trails through murky waters.  Even the cat seems to have abandoned me.  She's only shown up to eat once all week.  If it weren't for people dropping by unexpectedly, I would remain in a somnambulistic malaise.

Most scary, though, is that I haven't minded.  I've been fairly content.  That should scare even the most solitudinous of us.

But don't bother.  Save your fear for the coming of Putin's nuclear war.

Maybe mine is simply a reaction to worldwide turmoil.  I should probably skip the news even more than I do.  Besides, I'm o.k.  The tree guy and the garbagemen like me and say hello.  It's not like I am totally alone.

Oh. . . just one more thing.  The feds hiked the interest rates.  You know, it is difficult to decide whether I am on the side of those who live on credit cards or those pirates who run the banks.  My mother had a call from a neighbor on Monday.  The neighbor was depressed and needed to talk to someone.  She is 67 and was on her way to work.  She said that her 401K was doing great when Trump was president but since Biden has been in office, she's lost 25% of her holdings.  She needs but can't afford a new car.  She doesn't have enough money to retire.  The price of everything is rising.

I guess she was having an anxiety attack.  Maybe I am, too.

The morning is clear and wonderful.  Will I go?  Will I do something today?  Anything?  It is so easy just to sit and stare.  It gets easier all the time.  All I need is a rocking chair.