Trans Hemingway and the Cuban Future 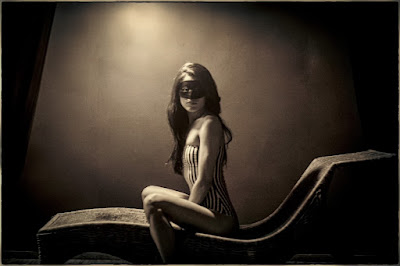 As more of Hemingway’s early work comes into the public domain and his exposure to new readers increases, these materials will undoubtedly add to Hemingway’s legacy. They could help flesh out a figure who fell victim to his own masculine mythmaking. Part of that myth points to a darker side of Hemingway — malignant competitiveness, callous anti-Semitism, and a volcanic temper — that often overshadows his work and makes him the poster boy for toxic masculinity. It can also obscure a fuller understanding of Hemingway’s life that includes a generational struggle with depression, brain trauma and the author’s own gender identity — all facets of Hemingway detailed in recent scholarship. (He explored gender reversals with all four of his wives and referred to himself as Mary’s “girl” during their marriage and periodically called himself “Catherine” or “Kathrine.”)

From an article in the Times today on the new trove of Hemingway’s writings left at Sloppy Joe’s Bar when he left for Cuba (link).
This, my friends, is how scholars plan to bring Hemingway back into the public Realm of Approval.  Hem the Tranny.  Why do you think he was approved of by Gertrude Stein?  Hemingway's wives all had lesbian relationships before (and sometimes after) they were married to him.  And his son, my good friend Gregory, was famously trans.  F. Scott Fitzgerald's wife, Zelda, accused the pair of being gay boyfriends.  Hemingway travelled with the American Gay Bullfighter, Sidney Franklin.
All it will take is a Broadway Musical by John Waters and Hemingway will be gold again.
My tree guy stopped by last night to visit.  Huh?  That's right.  He says that I am really the only friend he has.  He wants badly for me to go to Cuba with him.  He has a fiancé/wife there that he is trying to get to the states.  His lawyer says he has taken vows but he needs official documents that the U.S. will recognize.  No simply jumping over the broomstick, I guess.  You see, marriage isn't about the union of souls or any of that horseshit.  It is a matter of State Approval.  Marriage is a legal, not a moral state.
He is Malaysian of Indian descent.  He had been an officer in the Malaysian Army, and last night he told me colorful tales of his station in Borneo.  He wants me to travel to Kuala Lumpur with him in December and then go to Thailand.  It would be a twofer.  I could see the women with the big lip plates and the ones who elongate their necks with hoops.  He told me that he has seen them.  I was envious.  I'm a big fan of exotic otherness.
I asked him if he has bought any land in Cuba.  He got to his feet and did a little dance.  He was excited.  He certainly has bought property in Cuba on the east side of the island in a little town on the sea.  His property overlooks a lagoon and has a beautiful view of the mountains.  He has his own private beach.  He is buying up all the land around him, as much as he can.  At present, he owns about ten acres.  Of course, he can't own it himself, and he has been using his fiancé/wife's family to purchase it.  He wants me to buy some.  It is cheap, he says.  I could get a nice property for ten thousand dollars.
I got excited for a moment, then I remembered where I am in life now.  I would chance it if I were younger.  When Raoul dies, they say that Cuba will "open up."  And I say, if Cuba ever opens to free commerce, nobody will stop in Florida any more.  Flights to Cuba will be packed.  And if this happens, buying land in Cuba will have been a very good idea.
His fiancé/wife is a Cuban surgeon, but she can make no more money than anyone else, of course, which makes financial transactions. . . well. . . divorce settlements often seem lopsided.
He stayed for a couple hours talking and drinking scotch.  Finally, late in the evening, he said he hadn't eaten yet and had to go.  He's a very sweet guy, but he still charges me a bushel and a peck to trim my trees.  Somebody has to pay for his right to travel. 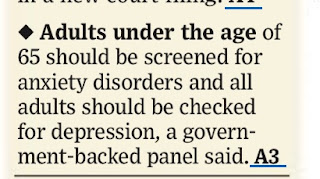 My buddy sent me this this morning.  He said it depressed him.  I, of course, believe that anyone over 65 should have the right purchase any drug known to humankind.  You'd have to be fucking looney not to have both anxiety and depression about old age and death.  What sort of crime spree do they think a 70 year old opium addict is going on?  They can't fight.  They can't run away.  They might hobble up and ask you for the time, but c'mon. . . .  Free Acid for Seniors! 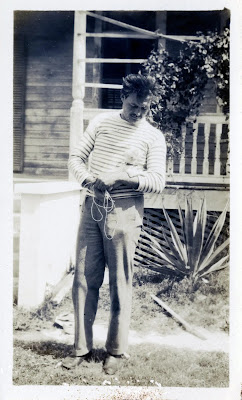 Hemingway never did have any fashion sense.  He was probably the worst dressed man of his generation.  I look much like this in my French fisherman's shirt.  Well, maybe not as gay as he looks here, but you know, I've made many fashion faux pas myself.  Indeed, I have half a closet full of them.  The other half, though, are my straight man outfits--white oxfords and khaki pants--that got me through the workday at the factory.
Did you know Hemingway had Mary bleach his hair blond in Cuba?
Fuck.  If only I could write.
Posted by cafe selavy at 10:10 AM