Call It A Shirt 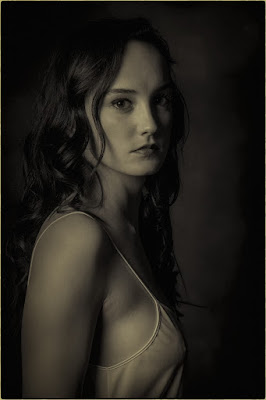 As with most people, I have been intimidated by the current social atmosphere. People who say they are not more careful these days about what they say or do are only saying or doing it in front of a very small audience. Public performances, though, are another matter. There are things that you can do that are supposedly shocking like wearing a man skirt, but I did that long ago before it was cool. With my friends, outside the public eye, my performance is often different than what I do "out here." Like everyone else, I've learned a double language, learned what to say and do in public and what I really think and do in private.

This makes for a very dangerous world.

I mean, who wants to go the route of an Oscar Wilde?  Being smart and clever and right didn't save him.  And he was making money at being outrageous.  Who wants a beatdown for free?

Consequently, we don't want to be raided or questioned in public.  And that, my friends, is how you know you are living in a despotic state.  Nazis to the left of me, fascists to the right. . . .  It is "The Fear" of which H.S. Thompson so insightfully spoke.  As long as you're Fearful, they win.

I've made a life of living out my own moral code.  It is a real dandy.  I work on it daily.  Oh, you may assume that my code is like a dark cabaret in a film by John Waters, but you would be way off.  I live by a very gentle and generous code.  If you knew me, you would consider my life very boring.

But I've spent a lifetime peeking into everything that is "wrong."  I am fascinated.  There are moral codes galaxies from mine, codes I could not live by.  Violence, drugs, sex. . . you know. . . the usual things.

And I am fascinated.

Now, however, my observations are what I hide.  I have a billion photos that I no longer show.  Even my pictures of inanimate objects seem obscene.  None of these things are illegal, at least not yet, but they would get me thrown out of the Party for a Better America, no matter if it was put on by the Book Banners or the Do Gooders, BLM or The Proud Boys.

Conservatives are fascists and liberals lie.  And vice versa.  I have an allergy to all ideologies.

Thus, it becomes harder for me to write and post pictures every day.  Over the years, I have found articles written about the blog both praising and condemning it.  As the song goes, it's getting hard out there for a pimp.

One day they will come for me, I know.  They will scoop me up in a big net and chain me to a wall where they will beat me until I'm gone.  Kafka was the Great Predictor.

Just now, I got a text in response to an article I sent on book banners:

Yep, if it feels good do it. Why don’t we do it in the road. Yeah, the same narrow minded knuckle heads are probably the same ones that don’t want  Penthouse in the high school library. Bring in the drag twerkers too. Middle schoolers are rock solid in their judgement as I recall. Why should they enjoy their youth?

There seem no winning any more, even with friends.  I get this in response. 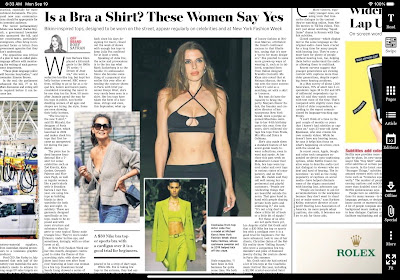 Words are weapons and sex is dirty.  Some words are good, though, and sexy is o.k.  But wait.  I mean, what would OAC think?  Oh. . . she and Ted Cruz are on the same page, I guess.  Well, to quote Ray Davies, "It's a mixed up, muddled up, shook up world, except for Lola."

Fashion is back, though.  The Greedheads need to make money somehow.  Maybe I should do that.  Fashion, I mean.  Money and Indulgence.

We'll call it a shirt.