Cultural Incompatibility and A Penchant for Youth 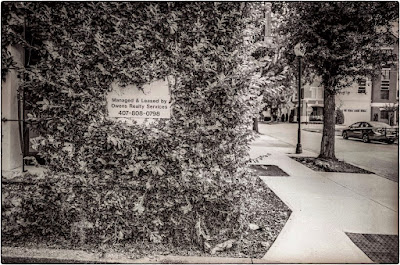 I had to sit and think for a long time this morning about what photo to put with this post.  A long time.  There are certain things you can't wonder about with a provocative photograph staring you in the face.  I'm not even certain what I am going to wonder about today. . . in print.  I've been wondering about many things this morning, though, and now the morning is slipping away.

As they will.
Sweden used to be a bastion of liberalism when I was a kid.  Sweden was provocative.  Swedes were promiscuous.  Viewed from the Puritanism of the U.S., they had the moral fiber of a chocolate bar.
Then they took a hard right.  Liberal values caused problems.  Sex, drugs, and immigration.
Wait.  What?
Yea, they took in a bunch of Somalis but now they don't like them.  About 25% of the country are now part of the Nazi Party.  It isn't called that, but that is where it hails from.  The party is growing in popularity.
In the U.S., the largest Swedish population (by descent) lives in Minnesota.  When I was a kid, Minnesota was known as a liberal state.  It was once a socialist state (link).  They required new construction projects to spend a portion of their budget on public art (link).  When you voted democrat, you voted DFL (link).  They gave us Hubert Humphrey and later, Al Franken,
Minnesota also took in large numbers of Somalian refugees.  And then they took a hard right.
My conclusion is that Swedish and Somalian cultures don't blend so well together.  I'm probably missing something though.  You can shoot me a message and help me out on this one.  But it seems that immigration is something of a conservative's bugaboo.
In Ohio, I saw the crowd at the political rally that turned into a Trump Rally giving a Seig Heil salute while the Proud Boy's anthem played.  Almost. 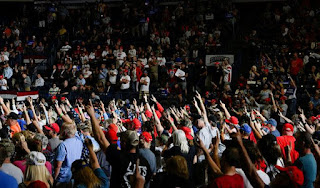 And Trump posted photos of himself wearing a QAnon pin. 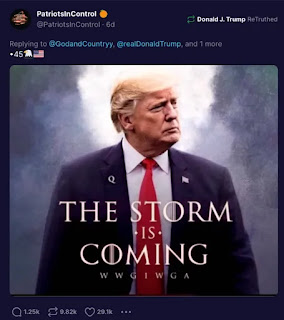 One of the things QAnon loves to obsess about is pedophilia.  Hillary Clinton is at the head of the whole thing.  All of Hollywood is in on it.  Tom Hanks, they say.  And Americans eat it up.  There is no country in the world that comes within a mile of the U.S. in its obsession with pedophilia.  Why is that?  What makes it so weird is Trump's obsession with his own daughter's looks when she was young.  But Hitler had a well-known penchant for little Catholic girls.  Trump likes to project.  Maybe QAnon understands that.
Again, feel free to message me any of your insights.  Surely I'm not thinking clearly.  But Sweet Jesus, Lindsay Graham the Lifetime Bachelor is gay, right?  This is as sure to be revealed as it was that the Radical Racist Strom Thurmond had an illegitimate child by a black woman.
Maybe "racism" is the wrong word.  Maybe it is "cultural incompatibility."  I'm pretty sure "pedophilia" is the wrong word, too.
Those are some things I have been mulling over this morning.  We live in Dangerous Times.  The Storm is Coming and it is sure to be ugly.  All those "cheap bookstore Marxist" are going to need Somalian protection.  This isn't going to be a War of Words.  Well Written Words to the Editor aren't going to do it.  "We need to go up there with baseball bats," Woody Allen says about a Nazi rally in "Manhattan."
But, you know. . . it's hard to win.  Woody had "a penchant for young girls" too, didn't he?
You don't have to bother with the messages.  It's all confusing.  The world is made up of corrupt politicians, acolytes, and camp followers.
I'm glad I chose today's photo.
Posted by cafe selavy at 9:16 AM