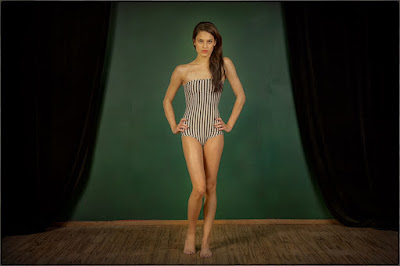 Need info on this pic?  You'll need to go back and read the first few lines from yesterday's post.  This is the one I changed out.

I've been having fun this morning.  My republican friend sent me the results of a WSJ survey. 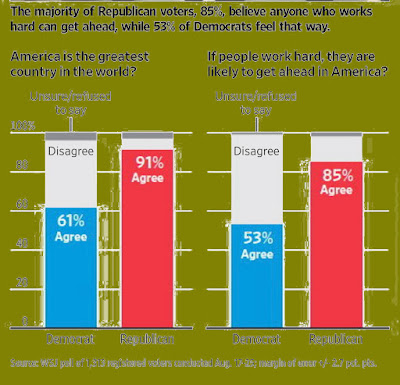 "Wow," I said, "all those Mexican roofers are going to be Trump rich."  I told him I thought it was an intelligence test.  You don't get rich by working.  You get rich off of other people's labor.  And sure, as Bush said, America is the greatest country in the U.S., but the wording of those "questions" makes them more dialect than standard English.

"So you want bread with that soup?"

I believe he was thinking that he had toiled away in the stock market to "get ahead in America."  Who knows?

Mr. Tree stopped by twice yesterday.  The first time, he brought me lunch from a Thai restaurant.  The second time was at the end of the workday.  I was sitting out on my deck with a scotch after dinner enjoying the less tropical weather and the lack of mosquitoes.  O.K., I thought, steeling myself against the shock of the bill.

We sat outside and talked about "things."  His crew had spent the day down the street doing tree work for a neighbor.

"She's a nice lady," he said.  Then, lowering his voice but sounding conspiratorially emphatic, "She tipped the fellows $500!"

Sweet Jesus, I could feel the squeeze.

He paused.  "Whatever you want.  You decide."

Sure, buddy, I get it.  Friends don't stiff friends.  He changed the subject.  The bill is still. . . outstanding.

"This looks nice," he said, gazing up into the trimmed tree branches.  "You are in good shape for the hurricane."

I had to look it up.  The cone of uncertainty comes right over my house around Wednesday, they say.  I guess I'd better get to the liquor store.  I'm sure the grocery stores will be packed.  I don't need much.  Some cans of beans, sardines, maybe some vegetables, chicken, tuna. . . and a big fucking generator!

But the weather today is supposed to be great.  Best day of the fall so far, anyway.  I'm looking out the window now at perfectly clear blue skies.  I'm haunted by the question: "What will I do?"  If the answer is anything like it has been for the past week, I'll do nothing.

I think I should get out into it now, though.  I probably should go to the grocery store and get some stuff just in case.  I've been through a number of hurricanes now and know that no one starves to death, but there is always the fear, you know, that you won't have the right things.  Can't forget the peanut M&Ms.

Really, all I care is that the house and apartment don't suffer structural damage again.  I can't do another Hurricane Charley.  My constitution won't take it.

O.K.  I'll let you go.  There is nothing to tell here, no tales of romance, no stories of adventure and daring. I'd have to leave the house to have that.