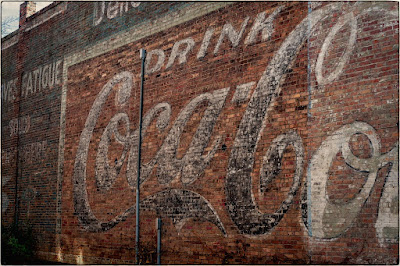 I didn't sleep well at all last night.  Bad dreams, bad juju.  None of it makes sense, of course, but I think it is anxiety over the coming storm.  Others who have not been ruined by a hurricane make light and laugh about it.  Before Charlie, I did, too.  Oh, I think, to be young and landless again.  It is simply something different and exciting.  With the potential of the storm looming, Country Club College and the local university are shutting down which includes clearing their dorms.  This is utterly astonishing to me.  Where do all these kids go for two or three days?  Why can't they stay safe in their rooms?  It is hard to fathom.

But I see the kids from Country Club every day, and they don't look stressed.  They know they will not die, will not be blown away.  It will be the purview of others to deal with the aftermath.  The kids will get with friends and drink and smoke their way through the days.  They will eat potato chips and M&Ms and drink rum and Coca-Cola.  There might even be hurricane sex.  Who knows?

I, on the other hand, am having no fun at all.  I've seen some predictions that give me hope.  Those are the ones I am seeking on the internet.  The reliable internet.  You know, the one with all the accurate information.

I realized last night while semi-sleeping that I don't even have food for tonight's dinner.  I don't buy ahead; rather, I shop for groceries daily.  I must go this morning and buy supplies.  Yesterday I bought three bottles of whiskey, but when I got home I realized I should have gotten some rum and vodka, too.  And wine.  Red since it will not be chilled.  Tins of sardines, chicken, tuna. . .  crackers. . . .

My head has not been screwed on right.

But there are fun things.  The air conditioners are healthy again, and I got a hero's welcome when I went back to the gym yesterday.  It was like a little celebration.  Strangely, I had been talked about.  I had been missed.  Now there is a party planned to take me out.  Even the pretty girl at the front desk beamed at me and was chatty.  The "boys" want her to look up and give them my phone number.

"It won't matter," I said.  "My phone won't ring you through unless I have you as a contact.  But fuck, I'll give you my number.  I can always block you."

My entire body is sore today.

I don't think the big factory union social I was invited to will happen now.  It is planned for Thursday.  I am no longer a union member, so it is nice that they would want me to come for free food and drink. I had some trepidation about going from the get-go, though.  This social is where the potentially juicy story might have come from.  Even my horrorscope says my romantic potential is skyrocketing these next few days.  But as I am not an optimist, I think my rocket is the one that just crashed into that asteroid.

Yes, the hurricane is already impacting my life.  No stories, no romance.

I had never really spoken to the pretty girl at the gym before.  I don't talk to anyone I haven't been introduced to, at least not women.  I watch the creepy old men come up with their worn and tired phrases. I see the painfully pathetic smiles they get in return.  Nope.  Not me.  But now that I have been introduced, the girl and I speak to one another, and her voice seems familiar.  It was eating at me until yesterday.

"Hey. . . I just realized you sound exactly like Scarlett Johansson.  You could do voiceovers as her."

She laughed but kind of beamed, too.  I mean, it's a weird sort of thing, not a compliment exactly, but kind of fun.  It's the sort of thing that will occur to her from time to time and make her smile, I'd guess.

"I've been meaning to tell you that you are looking like Orson Welles in his latter years."

When I was still pals with my dead ex-friend Brando, we went to a party one night at one of his travel client's house.  A woman who did a fair bit of traveling with him, a dowdy, overweight drinker of middle age who had a crush on me said, "You'd better fuck me now because when I lose twenty pounds you'll have to stand in line!"

That lit me up.  What a great line.  We all thought she was hilarious.