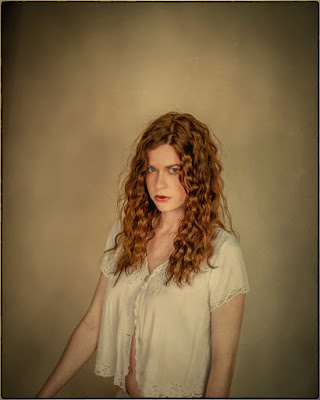 Maybe I should try drinking every other day.  All play makes Jack a dull boy.  Person, I mean.  But what am I going to do when people ask me out as they did yesterday.  See.  I can use the proper pronouns.  It is especially easy if you grew up a hillbilly and heard them used incorrectly throughout your life.  Those hillbillies had it right all along.  And to think people used to make fun of the way they spoke. Ha!  Revenge is sweet.

I was to meet two women from the factory at my favorite Spanish bar and restaurant.  Oops.  I mean people.  Or is it "persons."  This is where my hillbilly background is failing me.  No matter.  Only one of the people showed up.  I got there first and took a seat at the empty bar.  As I approached, the barmaid--um, barperson--said, "Hey. . . I haven't seen you for awhile."  It was our old friend Tsunami, if you remember the account from an earlier blog post, the one with the heartshapaed glasses and little heart tattoo drawn on her cheek.

"I didn't think you worked here anymore," I said, but the truth was that I had not been in the bar for months.

She--oops--they wore no glasses and had no little heart tattoo drawn on their cheek. They were just as pretty as a picture.

"Do you want something to drink?"

"Sure.  Do you want to make it bottomless."

Now I thought this was surely a bad idea for someone who is not drinking, so I said, "Oh, just one.  I may order another one, though"

"It's just that the bottomless mimosas are cheaper than ordering two glasses.  I won't ring you up until you decide," she said.  They said.

They looked deep into my very blue eyes.

I just wanted to write that, but I believe it to be true.

My friend showed up and sat next to me.  I had taken the corner of the bar so we wouldn't have to sit side by side, if, for no other reason than I wouldn't have to turn my arthritic neck to see her, clever boy that I am.  Person, I mean.  Them.  They had no problem deciding whether or not to order the bottomless sangria.  They were on a holiday mission.

So that's how I broke my dry drunk.  After a couple glasses, we ordered food.  My friend is younger than I and is better at social media, and she took phone photos of our drinks and then of us.  She posted them to the factory group chat text and to her Facebook account.  They.  Their.

Sorry.  That just feels so clumsy after a lifetime of correcting myself.  Can I still say "my"?

I read that many French feminists are pushing back against the tranny movement.  I should think so.  I mean, if not, they would be "personists".  But you know, that sounds pretty good, actually.  I'd join a personists movement.  Still, not everyone wants to be a "they."  And, I think, we have to respect that, too.  How in the world can you have a WNBA, for instance, if we only see personhood?  And more importantly, how can you give an award for Best Female Performance of the Year?  But maybe we shouldn't.  Why, for instance, do we give separate male and female acting awards at the Oscars?  Is acting gendered?  We might be better off giving out awards by age.

And now we have pickle ball for all.

Anyway, I looked like shit in the selfie my friend posted.  How can I look so bad in other people's pictures?  I don't think you could tell my gender from the photo.  Like all old people, I move toward that indistinctive personhood of the aged.

"There you go," she laughed.

I'm an idiot.  I fool myself too much, but I am also shy and reserved and never forward at all.  I am, however,  funny, and I sure do talk a lot and often can make people happier.  In truth, though, it was in the foremost part of my thinking that I wanted to make photographs of her.  Why?  To what end?

Well, I'll tell you.  Because I like doing that and I think I do it pretty well.  As you can tell from recent posts, I've been going back to the archives and cooking up pics that have never seen light of day with my new tools and techniques.  Shit just keeps getting better.  And, of course, I'm still looking to use my big cameras on somebody.

"I'll come back one afternoon when it is slow, and I will tell her that this is not a come-on, but that I would really like to photograph her.  No. . . that sounds really dumb and a little creepy.  Maybe I'll show her some of the pictures I make on my phone.  No, no. . . that's even worse.  Just leave her alone.  You don't want to chance being taken wrong.  It is better just to keep to yourself."

Which means, of course, we will never see her here.  I guess.

"But wait," I think.  "What if you made a website for your work.  You could just give people your site address and tell them that if they are interested to send a message. . . that you would love to make pictures with them."

Oh, really?  What a brilliant idea.  It is really stupid that I haven't done that before.  I think I'll have to get started on it.  It is the thing to do.  It is what people do, I know.

My friend and I sat at the bar after we ate and drank until it was time for her to go to the movie she came to see.  I, as is my wont, was headed home to take a nap.  I could not be deterred though she tried.

"This was really good for me," I told her.  "I sit alone most of the time, and I swear, I feel as if I am getting some kind of self-imposed Bell's palsy from not talking and laughing and using my facial muscles.  I think they are going to atrophy."

When we called for the check, Tsunami brought us our electronic bills, and when I handed the device back to her, she gave me that flirty little upward swoop of the eyes.  I swear she did, though that would be impossible.  I mean, I'd already included the tip.  Just then, I was determined to build that website.

I drove my pal to her movie around the corner and headed for the house.  If I was thinking about drinking every other day, I'd need to head to the liquor store.  This was a drinking day.

Later, when I got up from my nap, it was almost time to go visit mother.  We decided not to grill hamburgers and hot dogs on Labor Day the way we have in the past.  I would make something good, I told her, maybe a navy bean soup.  I'd never made it before, but it was my father's favorite thing to make.  He acted like a hero every time he did it.  He'd served in the navy in WWII, so maybe there was some insinuated connection.

On the way home, I hit the liquor store, then, back on my deck, I poured a Campari and soda.  There was no real cooking to do as I was going to eat an avocado and heat up the last of the chicken soup.  I watched a bunch of art videos on YouTube, then, when the world was dark, I put on the last two episodes of "Better Call Saul."  I'd paid $25 so that I could watch the last season commercial free.

And then it was over and there would be no more.  But I will save that for tomorrow's post, I think.  I mean, if something else doesn't intrude upon my thoughts before then.  It's hard to predict.  But I have something to say about it that may be a bit maudlin.

But that's tomorrow.  There is nothing that can't be done tomorrow.