You Need a Thick Skin 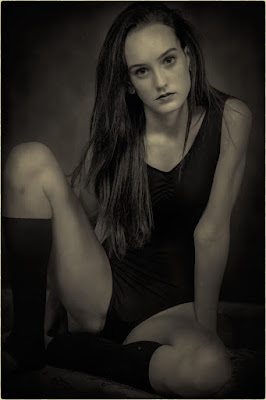 Out of the blue, a famous photographer wrote to me to congratulate me on my work with the big ole Black Cat AeroLiberator camera.  I was floored.  He's been around.  He became famous for his war work in Viet Nam in the 1970s and is still quite famous today, especially for shooting things like Presidential elections and recently the Jan. 6 hearings with his own big assed Liberator camera.  He and another photographer, Mark Tucker, were responsible for me getting interested in that camera myself.  So when the message came in, I was quite stunned and pleased.

If you want to be an artist--or even pretend to be one--you must be prepared for criticism.  Make a picture or write a thing and put it "out there" and someone will tell you what they think.  I'd received more criticism than praise recently, so the coming of the message about my Liberator work was more than quite welcomed.

But it is all part and parcel of the thing, right?  I mean, there are people who don't like The Rolling Stones, Hemingway, Picasso, or Marilyn Monroe, and they say so.  It's just part of the deal.

Toward the end of his life, my father's advice to his son about how to live was really a conundrum: "Just do what you want to do."

So why should I be so very sensitive?  Well, for awhile, I did what I wanted to do.

"The Devil Drives"--great book title on a biography about Sir Richard Burton.  Wait--there are TWO Sir Richard Burtons.  "The Devil Drives" was about the explorer.  Burton married in the midst of his career.  His wife was his great champion.  Later on, she was his keeper.  Burton did what he wanted to do, then he did what she wanted him to do.  What initially attracted her to him, his incredible intensity and wildness, was the very thing she dampened in the end.  He submitted and took a small government position in South America that she had much to do with.

Every sustained relationship I've ever had began with someone being attracted to my "character."  And in every case, that was eventually what needed to be disciplined.  It was o.k.  I was happy.  I didn't write, play music, or take pictures then.  But there was a lot of fun decorating and cooking and going out for dinners and drinks.

I now think, however, that living such a life must have made me less attractive.

When I got the studio, a long relationship ended.  And for the next six years. . . well. . . I felt pretty productive.  Then, when another woman took me up, I gave up the studio.  And other things.  Many other things.  But I was happy enough.  Eventually, though, as I became evermore domesticated and docile. . . .

Who knows?  But I have no excuses now.  I have been single for two and a half years, and I'm not doing what I want.  I live like I've received a life sentence.

It's just as if, maybe, I've forgotten what I want.  I know what I like, but times and circumstances being what they are. . . .

So I take pictures of mainly inanimate objects with my big cameras.  I like the pictures fine.  A lot of physical work goes into making them.  But production is slow and uncertain.  Again, that message. . . .

I'm not sure that I'll ever again get to do what I want.

I'm thinking about buying this print. 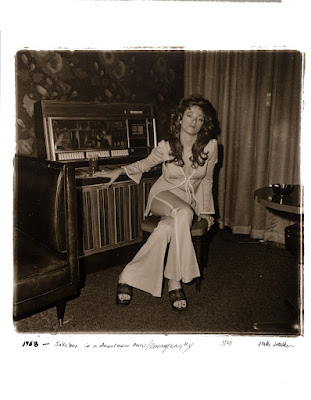 11"x14"--$150.  I like the photographers work, but mostly the stuff he did in the '60s and '70s.  He is having one of those old man approaching the end of life sell offs.  I've always thought this photo looks like a Diane Arbus photograph.  What can you say?  You just can't make photos that look like this any more.  I really think I should get this today.  I mean, if one should do what one wants. . . .

People do what they want all the time.  Some of it is petty, and other of it is huge.  Some people never choose and then life chooses for them.  I've been stunned, for instance, by the number of people who have lit degrees whose lives do not seem to have been affected by literature.  I've been to the homes of many people with degrees in the arts, college professors and the like, and I am shocked by their surroundings, homes and grounds that look like every other home and grounds in the neighborhood, places that look as if they were decorated by Rooms to Go.

Again, though, it is often that first job that sends you down a path of broken dreams.  Most, I guess, never think about it and don't really mind as the job and the predictable life becomes them.

In the end, I'm sure it doesn't matter anyway though.

"I don't know.  I think Harry wouldn't mind if you had some of them."