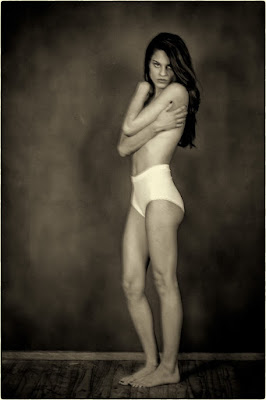 I have to make a confession.  The lives of exemplary people bore me.  Not that there are any, at least, I think, in the moral sense of the word "exemplary."  But there are those biographies that, you know. . . reek of reverence and piety.  I don't care to read about Mahatma Ghandi, for instance.  I know, I know.  Rather, give me Winston Churchill.  Obama, I think, was the best president in my lifetime.  I'd rather read about Kennedy.  Or Teddy Roosevelt.

I've been watching a lot of interviews with John Huston in the past couple of weeks.  There was a guy who should be cancelled.  God love him. He made some of the best films of his time.  Huston was, however, a debauched rake. . . and I find him fascinating.
My list is long.  Yesterday, my travel/art buddy sent me a review of a new biography of Peter Beard.  Cancelled.  Here is one of the typical reader's comments that followed the review:

Another rich, middlingly talented white boy formerly known as from the tribe of WASPS is promoted into our ,questionable at best, social history.

Thank you Dan from Laguna Beach.  I wanted to write my own comment and respond to the "white boy" thing that was prevalent in some of the others, but the comment section had been closed.

Amazon will have my copy of the bio here today.

Do I approve of "bad behavior"?  No.  I do not recommend it for the home audience.  I don't want a world full of such humans.  And yet, I find such behavior (regretfully) wildly attractive.

The old sexist saying: "Women want to marry Abel, but they quickly turn and stare when Cain walks through the door."

Something like that.  I don't think that I got it quite right.  And I'm not recommending fratricide.  But you get the point.

The world, it seems, loves a rogue.

To wit: I watched a short documentary on James Joyce and "Ulysses" last night.  There are quite a few of them on YouTube right now as it has been 100 years since the novel's publication.  I'm often asked by people, "I just read that "Ulysses" is ranked as the most important novel written in English.  Should I read it?"

To which I always respond, "No."

"What are you saying?  Are you calling me stupid?"

"You asked me.  I gave you my opinion.  Read it if you want to.  But I think you would enjoy "The Dubliners" much more."

Now, however, I would answer, "Watch this and see what you think."

Here's a link to the program if you are interested (link).

What you'll find is the rationale for making a one time bad boy palatable, and indeed, desirable again.  Once a blasphemer, a pornographer, a drunk who lived in sin and above his means, he is now celebrated for his diversity and inclusiveness.  I guess so.  It's a nice touch.

Hemingway worshipped Joyce as a writer.  The two men used to drink together.  Joyce, when drunk, was fairly insulting and combative, but he was small and half blind, so when things went south, he would push Ernest forward and yell, "Deal with them Hemingway!"

As rapturous as I am of their creative talents, however, I'm more of a Peter Viertel character, I think, at least as portrayed in his novel "White Hunter, Black Heart" which Clint Eastwood (cancelled) made into a movie of the same name (link).  It is a treatise on excusing bad behavior of wildly talented people, even enabling it.  It took me a long time to figure out what was meant by a line that Brando got right away.

"Kid, sometimes you just have to do the wrong thing."

I mean, that is exactly what Joyce did in "Ulysses."

Late in Joyce's life, Samual Beckett was his friend and sometimes secretary.  Jesus.  And they hung out with Ezra Pound.

I guess it is a good thing that we are purging the past and perfecting the present.  Things will be as blithe as a trip to the mall.