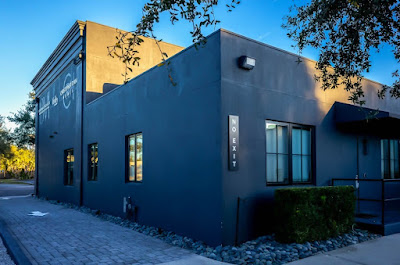 I have nothing in mind for today's post, no tropes, no themes, just a bunch of "stuff."  Life is made up of stuff, so maybe something will emerge, some pattern, some overarching principle.  That happens sometimes.  A lot, actually, as I have a great ability to see connecting threads between seemingly unrelated things.  I think this is one of the hallmarks of intelligence.

Having said that, I am bound to fail.

I got a flu shot yesterday, the extra strength one for old people. I wasn't sure if I could just walk in without making an appointment, but it went off without a hitch.  I needed to get it right away for I will soon be hosting a friend who has a six year old.  If you don't have children, you are bound to catch something from those who do.  I was talking about this very thing over the weekend when I was out with the kids from the factory.  Almost no one has children.  Very, very few.  At the table were ten childless factory workers.  I guess for some, factory work is enough. When I talk to my mother whose friends are all elderly, I see that having children who will take care of you in your old age is a myth.  They mostly rob their parents of their fortunes, it seems, or are completely absent from their lives.

My mother's the lucky one.

But those factory fuckers are a hard bunch.  I said that I dated the "richest girl in the world" for a few years.  This inspired catcalls and vitriol.  What's up with that?  One of the women pulled out her phone and Googled "richest women in the world."

I had to concede it was figurative statement, but the I did have data to support my claim.  They wanted to see it, but I. . . I am very discreet and refused to turn anyone out.

So, when I claimed to have dated the most beautiful girl in the world, they were vicious.

Whatever.  What do I care.  I could have had them look up one of the friends I have travelled to three continents with whose family was in the Forbes 400, but what would be the point?  It was years ago and fortunes weren't nearly as big back then.

They are planning another group trip like the one they took to D.C.  They want to go to Miami.  They want me to come, too.  I told them I had stayed in some wonderful places in Miami.

"If we stay at the Four Seasons, we will barely ever need to leave the property."

They jumped on this one, too.

"Did your girlfriend pay for that?"

Fuckers.  I think she did.  Or maybe The Breakers.  It could have been both.  But the point is that hillbillies will never give you a break.  They just have to keep a brother down.

Still, there is a factory union social in the coming weeks, and they want me to attend.  Though I was removed from the union when I got the foreman's job, they still use my picture on their recruitment page as a tribute, I guess, to my contributions to bringing the union to the factory in the first place.  I said I'd come if they would make a poster of the page and put it up at the social.

"Deal," they said.  And I don't even need to drive.  The train station is one block from the bar hosting the gathering.

I guess they are not bad people after all.

I'll need to bring a very rich and very beautiful woman to the party as my date.

I think I learned the art of superlatives from my dead ex-friend Brando, but he was more clever about using them.  If they are to be accepted, there is a need for a qualifier.

"She was voted the most beautiful woman in all of Guadalajara one year at the regional Tortilla Festival."

Yea, I need to learn to use the qualifiers.

C.C. goes today for a clinical trial that lasts ten days.  He will be sequestered in a faux hospital and will be monitored day and night.  He will have no coffee, liquor. . . nothing that they do not feed him.  He is getting paid beaucoup bucks, he says, but I warned him that he will never be able to leave unless he gets kicked out of the trial.  He will be the Randle McMurphy there ("One Flew Over the Cuckoo's Nest").

"Nothing good will come of this," I warned him at lunch yesterday.  "This might as well be your Last Supper."

He ordered another beer.

I'll miss him.  He was one of the good ones.

I haven't hosted anyone in my home for years now.  Covid protocol, you know, then the depressive mania thing.  Looking around, I realize what a wreck I have let it become.  I need to do a LOT of sprucing before I entertain.  I need to replace the fence taken down by Ian, and I need to replant the butterfly garden, too.  I need to get some mulch and granite rock to fill in some of the hurricane ravaged places, and maybe do some touch up painting, too.  Maybe I should hire someone.  What the fuck do I know about putting up a fence?  Oh, sure, I know how to do it in theory, but praxis is always daunting.  Whatever I am going to do, I need to do it quickly.

Rather. . . here I sit as the day drifts away.  Many people have already done half a day's work by now.  I don't know. . . maybe I'm the laziest man in the world.

Go ahead.  Google that!