I Ain't a For Real Cowboy 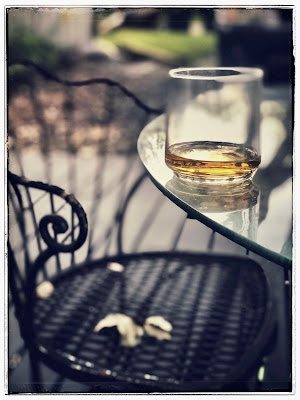 In the movie"Midnight Cowboy," Joe Buck admits,  "Uh, well, sir, I ain't a f'real cowboy. But I am one helluva stud!"

I've known real cowboys.  Hard work ain't nothing to them.  My friend from cow country sent me pics of real cowboys in neck deep water working the ranch lands to save their cattle.  They were mugging and smiling.  Ain't no sissies on a ranch.  Work is what they do.

Some of them did look like they were right off the silver screen, though.  They could have been leads in any western.

But these were Cow Men, not Cowboys.  That was always the preferred name here in my own home state. That and "Cracker."  There are a lot of explanations of the term, but the most likely is that they used whips rather than lassos to move the cattle through the southern brush, and you could hear their whips cracking from far away.

At night, they ate their camp food with one hand and swiped mosquitoes away with the other.  These were not fellows to be messed with.

I went on a hog hunt with some cowboys from the largest cattle ranch in the state long ago.  I wanted to make a documentary on the history of cowmen crackers in my state.  These were some rugged mothers with twisted senses of humor and no political correctness.

That was the beginning to a story about a cowman they had worked with.  I've never been able to use the epithet in my own life, but I swear I can't get it out of my head.  They didn't hate the Brokeback fellow.  They just found him amusing.  Quite a few stories there.

Cutting up the pieces of the broken fence and hauling them to the curb turned out to be more work than I had anticipated.  At the end of the day, my hands felt like arthritic claws, painful to open and to close.  When it was done, I sat back and looked at the damage and the deed and decided I definitely would not rebuild the fence.  After a shower, I sat on the deck with a glass of wine.  The little feral cat joined me.  She seemed to like the new horizon, nervously checking all escape routes and then settling down.  She stayed with me for a long time until finally I had to pack up and leave to cook dinner for my mother.

I made an easy dinner of cut up chicken thighs cooked in bbq sauce, jasmine rice, and Brussels sprouts.  We drank a Meiomi chard.  After dinner, my mother and I sat outside in the cooling air and I raked up some branches and leaves in the road in front of her house that were bothering her.

I made it home in the early dusk and had a lone whiskey and a think.  Thinking is one of those things I do best.  Thinking is easier than breaking fence, but there is something in fence breaking that is satisfying, something that thinking sometimes isn't.  I thought about the changing nature of the world and how with each year I lose a bit of the past.  The fence which was there when I bought my house so long ago now was just a current symbol.  I am a sentimental fellow, I guess.  I'd spent so many hours sitting with the flowers and the birds, the squirrels and the cats, on this deck with my own true love.

There is much more to do here after the storm, and I guess I am just the man to do it.  No choice, really.