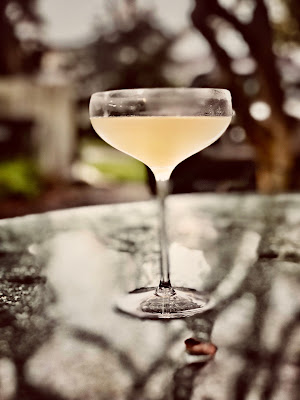 I don't feel like writing today.  I tried to tell you of my evening, but it was awkward and tortured writing.  I deleted it, and I don't have it in me to try again.  I need a break.  I spent the evening on my deck with a real writer, a man who says he has never made a dime in his life doing anything other than writing.  He was a journalist for many years.  He has published five novels.  And now he has his own publishing company.  He is also a well-known food and wine fellow.  It was fairly embarrassing last night as I only had a grocery store variety Pinot Noir to offer.  I haven't been hosting people for a long time.  I need to take a hard look and up my game.  In every way.  Still, it was fun to bust out my literary chops and swap "who's who" stories with an actual "who."  He stayed until the bottle was gone.  I'd missed supper, which was probably a good thing.  I heated up some leftovers and poured my first whiskey of the day.

I woke up on the couch after midnight.

I am listless this morning.  The day is gray and I want breakfast.  I should make a dent in some of the house projects that are piling up, but I think I will just sit inside, make tea, and read today.  Mimosas sound good, but I don't know.  I should probably stick to tea.

My writer buddy invited me to an event tonight.  I might go.  I have had more contact with people and the "outside world" in the past two weeks than I have had in the previous two years combined.  It is like awakening from a coma.

And finding out you're old.

That's what I got.  Nada y pues nada.