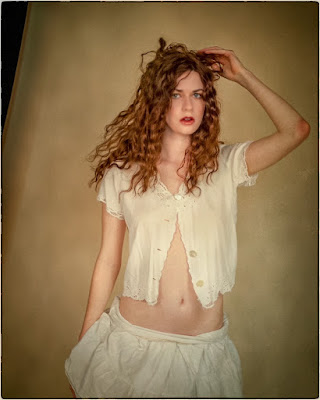 I just wrote all morning, a long piece about. . . well, I think it was about second acts.  I had cocktails with my new old friend last night on the telephone.  We talked for a long while, until dinner and drinks were done, but life's duties are never far distant, and our conversation reached it's denouement.  That conversation inspired this morning's writing, but when I looked back over what I had written, it was all gobbledygook.  It was too bad to repair.

So I trashed it. Maybe I'll be able to do it justice some other time.

Q had given me a drive time call earlier in the day.  Oddly, both he and my new old friend had much success early in life.  The dilemma becomes, "What now?"

I told a clever story to illustrate all this, but it wasn't.  Clever, I mean.  It was a dogpile.

They both chose to raise families, and I think that was the safe bet.  F. Scott Fitzgerald infamously said, "There are no second acts in American lives."  My discarded story, however, told of one.  She was a famous model.  She got married and had a kid, but something broke them up.  She soldiered on, however, and eventually became quite successful at making designs for fabrics.  The second act was not as glamorous, of course, but. . . .

Maybe it is better to stick with the first act like Bob Dylan.  But maybe not.  I mean look at Ringo Starr or Rod Stewart.

Still. . . there's Paris.  Hilton, I mean.  There seem to be no end to the number of acts for her.  She is a modern day Sphinx.  Unlike so many women who leveraged their sexuality, you never hear her complain.  Maybe that lack of self pity is the key.

O.K. O.K.  This post is spinning out of control, too.  My second act will be at the Betty Ford Clinic.  It won't be nearly as much fun, you know, but . . . maybe nothing ever is. a