Polyamory and the Snake's Cage 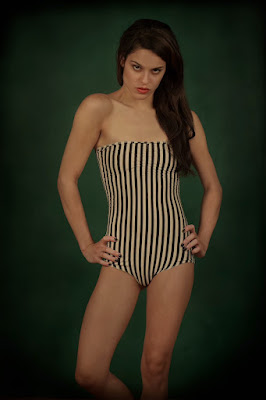 I wonder if I will ever use my cameras again.  If I do, what will I photograph?  I have plenty of ideas.  Maybe not "plenty."  I have one or two. All I have to do is change my life around.
I took a little Google trip into polyamory and open relationships yesterday.  Holy shit!  There are a LOT of sites out there, publications, newsletters, academic papers. . . . My buddy in Yosemite was right.  It's huge.  I now know the difference between the two.
While I was reading about it, I was getting texts from my college roomie and his wife who are visiting NYC right now.  They sent pictures of the Columbus Day Parade, the Italian, not the Hispanic one.  This on Indigenous People's Day.  Well, my lefty and woke buddies were having their fun sending around memes. 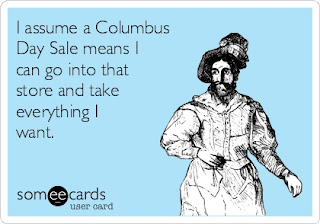 You know. . . that sort of thing.  Now, being a curious sort, my polyamory search took a weird turn.  First of all, if I were Native American, a crazy term in and of itself, I'd be asking people just to go back to using the term "Injun."  Lumping all "Indigenous" tribes together is like calling someone "African."  Or "European."  I know, I know, it serves a purpose, but only a very broad one.  It's rather like asking someone "Which continent are you from," isn't it?  Or like one of those jigsaw puzzles for toddlers?
"I don't see any Indigenous people here," my lefty roomie wrote, "but I do see a lot of old white haired Italian guys."
I had to resist.
"The Native Americans are all probably out celebrating like hippies do, you know?"
"Well they did smoke dope and do peyote," he replied.
"Not all of them."
Indeed, you know, many tribal customs were brutal.  The Pawnees were much feared by other tribes, as were the Comanches.  Were they polyamorous?  It seems some were.  Other tribes would steal women and trade them like slaves.  In some groups, women had total freedom and much power.  In others. . . not so much.
Hippies and New Agers loved to romanticize Native Americans, though.  Lived in tune with Mother Earth, they say.
"Yea, but they didn't figure out how to work with metals let alone make engines.  Give them a tractor and see what happens."
I might have said that.  I'm not saying they were "bad" people.  I'm just saying that they had all the greatness and all the flaws of other humans.  It is obvious that humans genes got twisted by some alien invaders from outside our galaxy at some point.
I don't remember Columbus taking much.  He just ran into a "new" continent while looking for a shortcut.  My witty friends, however, are living on old Indian land without offering to give it back.  I've not heard any of them say, "I feel so good.  I just paid off my house and gave it to the Seminole tribe."  Nope.  None of them have even taken up living in a teepee.  Or a long house.  Or whatever.
I'm pulling on my stint as a student of anthropology here.  A few grad courses can be a dangerous thing.
I almost forgot--in my dumpster dive of research yesterday, I read that 99% of open relationships fail.  On the other hand, 90% of women in abusive relationships remain in them.  Take whatever you can from that juxtaposition of data.  As Barry Gifford said, "The world is wild on top and weird underneath."  So it would seem.
The "boys at the gym are really something.  One of them found my phone number and texted it to the others.  What is up?  When one of them was leaving yesterday, I said, "Tell Danny you sent me a dick pic and I sent one back right away!"  His eyes popped and then he got it and started laughing.  "Yea, yea. . . let's fuck with Danny."
I have a tentative date out with them next week.  I'll have to see if I have any non-China hippie clothes that fit me now.  If I had any man balls at all, I'd wear a mumu.
I must go and write something now.  Life has taken a very surprising turn, and it has me spinning.  I'm afraid I stuck my hand in the rattlesnake cage a very long time ago, and I've never taken it out.
One of the Chinese Curses:  "May you get what you desire."
Yup.  One of my favorites.
Posted by cafe selavy at 10:17 AM