The Art of Cooking 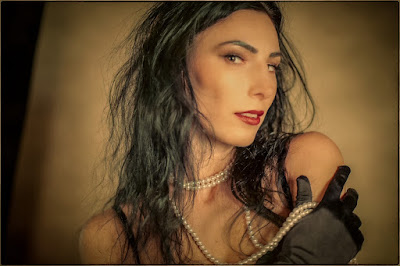 Nothing happened to me yesterday that I can tell yet, so this is probably going to be some sort of random rant rather than a sweet narrative or witty vignette.  No, that is not quite true.  When I went to the gym yesterday, the DJ told the "boys" that he had seen me at the "art" festival.

"Was he with anyone?"

The DJ looked at me.

They are desperate to crack the vault, reveal the mysteries.  They have concocted some fantastical life for me.  Maybe I helped.  I read this quote by Kate Blanchett this morning:

"You have to allow yourself to be seen, and some people have the gift of being comfortable with that really early on."

Indeed, it is hard to be seen, hence the cape and the mask and living in a cave.

"Who was that masked man?"

I don't think I lie, but there is the sin of omission.  So they say.  People who believe in such things.

Reading the Times this morning, it occurred to me that a quarter of the paper is dedicated to coping with identity.  There are bad ones and good ones.  You can guess.  One article I read this morning was about how to cope with "Medical Gaslighting."  I shit you not (as my father used to say).  Another was about the dangers of developing identities in teen years.

"Our identity isn’t grounded in accrued cultural sensibilities but rather the unstable ideal of being able to choose in any direction, at any moment."

When my new therapist asked why I was seeking therapy this past summer, I didn’t have a concrete answer.

"It wasn’t like the first time I’d gone to therapy, as a 21-year-old experiencing severe panic attacks every day. Then, a clear crisis had sent me out in search of someone to help me work it out.

This time it was more that I felt I should be in therapy. Most of the people in my social orbit are in therapy. A few are therapists themselves. My experience has been that therapy is good for me. But I had also managed the past few years — through a pandemic at that — without it, and I didn’t think I was on the verge of some total breakdown. I just figured going to therapy should be a part of my life. So I put it on my list of resolutions: learn Spanish; exercise three to four times a week; read more books; go to therapy."

The Times also ran a little article on remaking the NBA with an all Asian cast.  Just kidding.  But there are a lot of culture reviews that suggested that one to me.

I think I'm going to have to find an alternative news source.  For years, when the world overwhelmed me, I would climb into bed with a bunch of magazines and catalogs, the phone and some credit cards.  Yup. Big confession.  Now, however, the catalogs have vanished and Vanity Fair is no longer an escape into a world beyond the mundane.  I enjoyed reading about high society murders and royal sex scandals.  I think they even had a horoscope in the back.  Now, though, like everything else, it is agenda driven.

O.K.  I have to lay off.  I'm trying to push some particular buttons, but I think I am hitting more than I know.  Nobody's going to like me anymore.

One of my profs in grad school, the cool one with whom everyone was intrigued, once said to me, "You just like to piss people off, don't you?"

"Well," I replied, "I'd prefer to think of it as shaking people out of their complacency."

He had a bit of the Batman in him, and, indeed, it was rumored that when he first got hired, he wore a cape.  I am not making this up.  A big red beard and a cape.  Ah, college used to be so much fun.

I should have been a fashion photographer.  There is money in that, and if you are good enough, there is plenty of creativity there.  Paolo Roversi.  Sarah Moon.  And this morning, this fellow illustrating the Blanchett article in The NY Times.

Jack Davison (b. 1990) is a London-based photographer.

Davison studied English Literature at Warwick University but spent most of the time experimenting with cameras. Since the age of 14 he has continuously photographed those around him. He works for numerous publications including New York Times Magazine, M Le Monde, Luncheon, Double & British Vogue (link).

He made me envious of his photos of Blanchett. 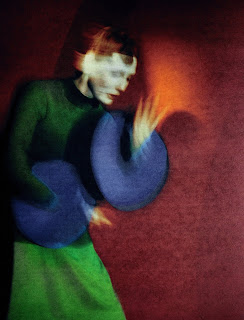 They are a rip off of the styles of both Roversi and Moon, but he does it well, I think.  Studied lit, too. Like they say, every picture tells a story.

The mania of the full moon has passed now, and I am drained.  I feel weepy, but not in a happy way.  I think I'm going to buy all new bedding from one of the hotel brands.  That is a good hotel's trademark--bedding.  They have it made especially for them.  A Hyatt mattress, maybe, and some Four Seasons pillows.  I think this will make me happy.  There is nothing quite like crawling into a luscious bed, now, is there?

The best bed I ever slept in belonged to Q's wife.  It was something magical.

Next up on my radar is the new hipster/woke open marriage concepts.  My mountain buddy was telling me about them yesterday.  Polyamorous and Open Monogamy Relationships.  I asked him if he'd be o.k. with me bedding his wife.  You'll have to ask him if you want to know his answer.

O.K.  Just fucking with my pals today, and others, too.  Everyone really.  There was a paucity of humor in it, though.  Too much bitter, not enough sweet.  There is a delicate balance in cooking, but man, when you get the ratio right. . . .