The Dirty Nooks and Crannies of the Street Lit Darkness 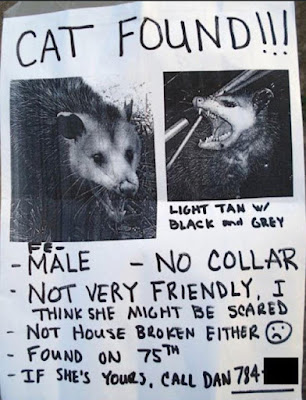 I went to Grit City last night.  Oh, man.  It's been a very long time.  The town has gotten more prosperous and redneck than ever.  It is a town of ten thousand bars and lots of shitty food.  Downtown was chockfull of partygoers and revelers.  I'd forgotten what the rowdy were like.  Did I mention bad music?  At the end of the night, rather, of my night, wandering back to my car alone, I heard the "thump-thump" of a live band.  It was a biker bar with motorcycles lining the fronting street.  I walked over to have a look.  It was fun to be out for a minute on my own.

What I saw inside were a bunch of old rockers arthritically stroking away at some classic rock'n'roll.  They weren't bad at what they did. . . but they were funny.  Not to the sparse crowd in front of the stage, perhaps, but to me.  I played in a band for many years in dives like this, and even now I wonder why people will pay a cover to sit at a table with cheap beer and suffer going deaf.  I can't imagine a worse night.  But all over town, electric bands and acoustic performers bellowed out familiar songs and shitty covers in front of a desperate throng.
You know. . . everybody having fun.
The place I met the factory kids was pitiful.  We sat at an uncomfortable picnic table that made it impossible to talk to anyone not across from you or on either side.  It was a brewerey that had a hundred beers with silly names so that anything you ordered, unless you'd been there before, was a complete and utter mystery.  Someone near me was explaining what his beer was like.  I had to interrupt.
"Does it have a hint of raspberry with slight coffee overtones?  Is there a bit of a suggestion of quince?"
I'm just an asshole, I know, but trying to figure out this shitty beer that no one would ever be back to drink again was laughable. 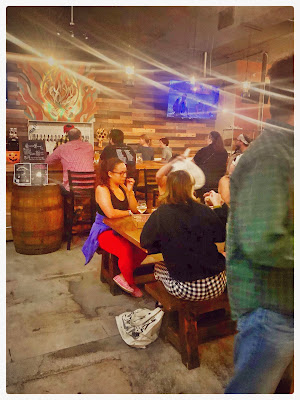 I ordered chips and salsa and a cheese board with almonds and olives to stave off hunger, but the chips were stale and the almonds rancid.  The plate came with four olives on a toothpick, some chunks of cheddar cheese, and a couple Ritz crackers.  I can't imagine anyone going there twice.  But I can't imagine that people go back to a Cracker Barrel, either.  Come to think of it, though, maybe this place was designed for that crowd (which is surely HUGE in Grit City).
As evening descended, half the group got up to go home, but I was hungry, so I followed a smaller breakaway gang to an Irish pub across the street where we sat in a little dining alcove made for four.  My friend visiting from Virginia said, "Isn't this place great!  Isn't it!"
I don't know why this group likes dives, but they do.  On our pub crawl a few months ago, most of the places we stopped were dirty, cramped bars with bad seating and grimy tables, and the exclamations were the same:  "Isn't this great?!"
"Sure--if that asshole with the guitar would quit playing and singing."
On a small stage--there seems always to be a small stage in these places--a would-be Jimmy Buffet was bellowing.  When he began "The Boxer," my friend yelled, "Oh. . . here's a good one," to which another friend chimed in, "Oh, yea. . . I like this one."  It sounded like someone's son practicing for the school talent show.  It was awful.  But there is the quandary.  My friends are well educated.  The small group held handfuls of graduate degrees.  And yet. . . this!  I love them, but Dear Jesus, as another old friend used to say.
The menu was typical bad pub food.  The lack of imagination is stunning, but I guess they meet the expectations of the crowd.
"Well, let's see here.  Do they have any potatoes?" I asked sarcastically.
"How many potatoes does it take to kill an Irishman?" my buddy asked.
"?"
"None."
Clever boy.
I looked across the delights on the menu.  Corned beef, Sheppard's pie, Bangers and sausage.
"I guess I'll get the fish and chips."
How do you fuck that up?  Oh, let me tell you.  So many ways.  I doused the doughy breaded "fish" in tasteless vinegar and slathered the dry chunks of potatoes in ketchup.
"Can I get you a drink?"
"O.K.  I know this is blasphemy, but do you have any scotch?"
I settled for a Jamesons.
When I finished eating, the group was ready for the next place.  I, however, in my infinite wisdom, was checking out.  Not before paying, though.  Per usual, however, it all was gratis.  One of the fellows is notorious for picking my the check unobtrusively.  I'm going to have to buy him some expensive liquor, too.  These free meals are going to cost me much.
I was home by a reasonable hour, but as always, too jacked for bed, I poured a penultimate scotch.  I checked messages, got into some live conversations, and stayed up later than I would have liked.  It's always the afterparty that is the killer, right?
I've ended up with insistent invitations to three different outings in the next two days--a German Oktoberfest, some Night Market Zombiefest, and another Octoberfest in the factory town.  Can you imagine my excitement?
But I'm being a cool little bitch here.  I had fun.  It's good to see the sights, right?  To know what's going wrong?  To have something about which to opine?  To bond with friends and pals and buddies?  Not to be a homeboy drunken monk?
Q sent me that poster at the top of the page yesterday.  Holy shit. . . I didn't stop laughing until I'd worn myself out forwarding it to others.  It seemed a Grit City omen.  I imagined some cracker yelling, "oh, look--barbecue!"
My Apple Music station gifted me this song yesterday, something I'd never heard before.  Perhaps this is what I thought the night would be/should be like.  It probably was.  I'm out of practice of just going with the moment without thought or analysis.  There is a feel to a fall night on an unfamiliar street out of town. I did it before, flowing with the tides and breezes into the dirty nooks and crannies of the street lit darkness.  I can do it again.
Posted by cafe selavy at 9:24 AM