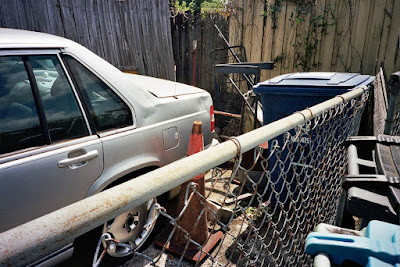 Meanwhile, everything at home was going to shit.  My mother was, like many other mothers of the time, a legal junky.  She believed in doctors the way the way the faithful believe in angels.  To keep her weight under control, the doctor prescribed bennies.  Because this made her nervous, he gave her tranquilizers.  And of course, to help her sleep. . . . So she was up and down.

By now, my father had sold his Sportster.  He'd sold the boat. When he came home from work, he was ready to eat, watch television, and go to bed.  My mother wasn't.  And so the battles began.  It didn't help that my mother had adopted a "hipper" style of dressing.  I didn't want a "hip" mom, of course.  To me, she looked like a strange, older version of "Rowan and Martin's Laugh-In" show.  My father, a Steady Eddie from the past, did not.  They could not have looked like an odder couple.

I didn't have people over to the house now.  I was happier in my room listening to records or reading about the world beyond mine.  As the arguments grew louder, though, I took to the streets.

Steve's life was no better.  His mother, a bloated alcoholic, ran a daycare center out of the house.  She had an alcoholic boyfriend she would eventually marry.  So Steve, too, was happiest away from home.

Wayne was adopted, and somehow, it seemed, he never felt "at home."  His mother was a better class pill head who was barely functioning most of the time.  Wayne was able to do whatever he pleased.  He decided to paint his room black and put up black lights.  He'd painted over the black with a paint that only became visible when you turned them on.  It was a room for the insane, I thought.  But that was Wayne.

And so most nights, I'd be somewhere out with them.  I was the youngest and by far the biggest softy of the group.  Out at night, we'd meet other kids from the neighborhood who were looking for trouble.  They smoked.  They drank.  And now, they were taking the pills they found in their mother's medicine cabinets.

I was on the wrong side of the tracks, and there were very few choices--and all of them were bad.  I did what I needed to to survive, but I was an outcast among outcasts.  But I was smart, and I was learning to read people in order to survive. Things could turn rough in a moment.  By and large, the nighttime crowd were aspiring psychopaths destined for biker gangs and prison.  I was learning a kabuki dance, of sorts, to disorient and entertain, a defense against the angry void.

Wayne and Steve decided to run away.  I would stay behind, I said, and report on where they went to the others.  They scraped their money together and bought a bus ticket.  They ended up in an old hotel in Mississippi.  They called.  It was exciting. . . for a couple days.  They were not prepared, however, for a life on the road, and before the end of the week, they came home to heroes welcome.  Everyone wanted to hear about it.  They didn't even have toothbrushes, they said.  They brushed their teeth with towels.  They ate out of vending machines.  The boys would hoot and holler when they talked about the strange people they met.

When they got home, of course, there were no real consequences.  The world looked, to me, to be sleazier than ever.

By the end of the school year, the worst news hit.  Emily's father had taken a job in a town one an hour away.  He was commuting for the time being, but they would be moving.  Emily and I were now in a heartbreaking countdown.  Every minute mattered, the clock seeming to run at double time.  There was nothing we could do, of course.  We were helpless in the world, mere victims of time and circumstance.  We stared at one another with hungry, desperate eyes.  We made promises.  We did what we could. 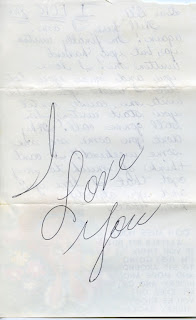