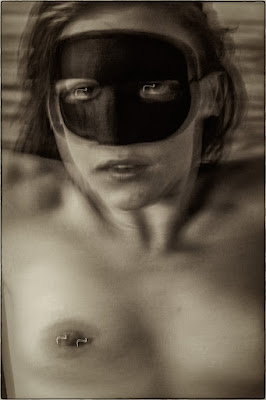 My tenant is in the wintry north country right now where the snow is deep and the wind frigid.  I must say, I do not envy her.  Not in the least.  What a sales job "snow" has been.  You know, all those postcard images of "over the river and through the woods" Currier and Ives bull.  A fresh snow on a still day sure is pretty.  I've seen them.  They are nice to visit, but I wouldn't want to live there.  Yesterday, I sat outside at a lunch cafe eating and drinking.  Yup.  That's the life for me.

So. . . speaking of beautiful illusions, has any t.v. show ever sparked such a critical spilling of ink as has "White Lotus"?  If you haven't watched it, you are left out of a large part of the national conversation.  You won't be able to go out to dinner with friends.  You simply won't know what's going on.  And I'll admit, I wasn't watching the show with the critical eye it deserved.  Now that I'm reading about it, though, I realize that I may need to study up.  I've become a lazy consumer of goods these past few years.  What happened?  I mean. . . I was trained to be a critic.

"Oh how the mighty have fallen," says C.K. Dexter Haven.

Mike White who writes and produces the show apparently has a better critical eye.  His show is an ironic homage to some of the great films that have come before it.  So I have read.  I thought I was clever in giving a Marxist reading of the show, albeit a shallow one, to my New Old Friend, but I was missing much.  Perhaps everything.  I was not "wrong," just not thorough.  And it always pisses me off when I don't show "my brilliance."  I even taught a film course for many, many years.

I should have paid more attention.

I WAS right about one thing, though.  The show has no admirable characters.  You get sucked into liking some characteristics of this one or that one, but it is part of the trickery on White's part.  So I think.  I'm so paranoid about being wrong here, though, I should probably take that back.  But I won't.  I'll bullheadedly stand by it.  Even though we all loved the "Pepa Pig" character, Tanya.

Even that observation is partially plagiarized, though, from a piece I read today in the Times (link).  There have been many, but I really stole from this one in an elementary way.  Now, having documented the source, though, I should be off the hook.

I was reminded this morning of what Hemingway so famously replied to Fitzgerald who said, "The rich are different from you and me,"--"Yes, they have more money."  Thank you for the reminder, C.C.

And a truer statement has never been issued.  Rich or poor, we are all clueless in our own ways.  Only Christopher Hitchens knew everything.  I would have included Noam Chomsky, but he lost a debate hands down to Foucault.

Funny enough (or is it funnily?), I sent an article on cursive writing to my conservative buddy this morning.  The author didn't see the point of teaching it any longer, so I included the note, "or art."  He responded with wit (wittily?)--"Yeah, what do we need with Art anyway. It makes so many uncomfortable. The Bolshevik’s knew what to do with art."

We could include "and the rich."

And, of course, so does White.  Did I mention plagiarism?  Oh, in art it is simply called "homage."  Or was.  The courts now decide such things.  Though I must say, I've listened to "Bitter Sweet Symphony" a thousand times and have never heard anything like The Rolling Stones "Last Time" even though it was "sampled."  So much for my critical ear.

I think the language needs more transitional words.  "But"?  "Still"?  "However"?  Whichever.  The world is full of opinions and therein lies the ideological struggle.  My college roommate who was all for Mao won't own up to that now even though he still upholds the Communist Manifesto.  He is a Ph.D. in Political Science, though, and all I can do is call him names and tell him he lives in a fantastical dream.

"If you were so smart, maybe you would have made 'White Lotus,'" I might tell him.

What was left out of the Times article I partially plagiarized today was a scene from the Season Two final episode that was commented on to me by C.C.  Near the end of the show, the Di Grasso men, three generations with corresponding attitudes about gender, all turn to gaze as a beautiful Italian woman walks past.  Even the Woke boy who declares to his grandfather that gender is simply a construct.  How does White get away with such a thing without getting cancelled?  Or that he has Tanya constantly use the word "The" when talking about gays?

You'd have to be Mike White to do that, I think, who is apparently the son of John Waters.

Now. . . that's enough of that kind of talk for those of you who haven't watched "The White Lotus," who are not lightly schooled in film, art, or art history, who have never read Hitchens let alone Chomsky or Foucault, and of course, are not old enough to remember the Bolsheviks or Mao.  Perhaps all you got out of this gibberish is that I am goofy if I can't hear the sampling in "Bitter Sweet Symphony."  But remember, I began this post with the admission that I am a dunce.  Still, that won't get me off in a court of law now, will it?  I just wasn't up to the task of writing more of the Bildungsroman today.  It is going to take me a bit of thinking and dreaming to do that.

I had intended to write about blurry pictures and nakedness and such, but I've no time for that now.  You should be savvy enough to know, however, that the picture I have posted is an "homage" and symbolically suggestive of some of the themes in "that show,"  but if not, that is on you.  I do have more time, though, than those of you who have jobs or who have to go out and shovel the driveway so you can get the car out of the garage--or both--but I still have many indolent things to do.  Oh. . . and I should mention that I had a good day with mom who turned 91 yesterday.  I sent a picture of our celebration to Sky with the caption, "Just the regular, stupid things," to which she so sagely replied, "[they] are everything."  She has been good lately at letting me off the hook. 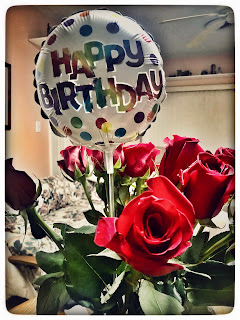