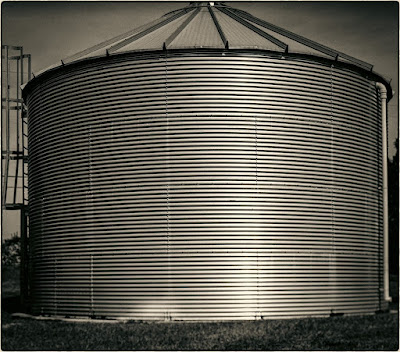 I took this picture.  That's all there is to it.  Nothing.  Sort of how I feel.  Ordinary existence.  I'm a real hero, though.  I haven't had a drink.  And oh, God, life deserves a drink.  Every primitive knew that.  Fermentation is ancient.  10,000 BCE.  That's B.C. for you Christian Nationalists.  We don't even know their names, but we know they liked to make fruit wine.

Stark reality is not its own reward.  George Bernard Shaw is probably the most famous tea-totaler.  Warren Buffet.  P.T. Barnum. Enough said.

So. . . I go to bed as early as possible.  My sober brain does not go to its happy places in the dark.  I guess that is when A.A. adherents call their sponsors.  I'd have to call Q, and that would not be good.  He likes sobriety, he says.  He prefers the dull hum of existence over the incredible weight gain you can achieve by drinking.  He wants to get back to his original state and weight, he says.  No, that is what I say, but I can project.  People aren't that much different from one another.  They are all liars and hypocrites.  You don't have to take my word for it.  Go find out for yourselves.

Some are worse than that, too, and drinking does them no good at all.  Quite the opposite.  It is the devil's hold on them with which they must contend.

I. . . and others. . . however, are only full of angels. The worst thing I have ever done while drinking is to say what I'm thinking.  And you know how that goes.  It is only good in literature.

And so I eat.  Last night, I needed a real meal, so I made spaghetti.  My spaghetti is really meat and sauce with noodles.  Last night, for instance, I cooked 1.33 pounds of lean beef with garlic, then added a jar of organic sauce to the pan.  The sauce, however, looked darker than usual and had a stronger odor.  Same brand I always use, but. . . I looked at the jar to see if it had a date.  It sure did. January, 2022.  Hmm.  I wondered what that meant.  But the sauce was already in the pan, and I was getting ready to watch the second half of the Chiefs/Jaguars game, so. . . I ate it.  Then I worried.  What if I got botulism?  There was no cure when I was a zoology student.  You either survived or didn't.  I Googled it.  There is now an antitoxin doctors can administer, but it does not help the damage already done and one might expect to stay in the hospital for weeks or months, depending.  But I had bought the ticket, so I'd take the ride.  If there was damage, it was already done, so I gorged.  I ate spaghetti, gingerly, I must admit, until my belly was distended.  Maybe it wouldn't be botulism, I thought, only what is commonly called "food poisoning," which can be caused by a variety of germs.  If that, they may vacuum my stomach.  Well, then, I thought. . . if that is the case, I might as well fill up.

But I wasn't.  And I knew I would need help sleeping this night. I was feeling every inch a loser for a variety of reasons, that photo at the top being just a slight example.  If I weigh them out, things in my life are by far more on the negative side of the line.

If I took drugs to sleep, though, and had to go to the hospital, they would ask me if I had taken any chemical substances.  That might not be helpful and I would probably lie.  What to do, then?

Advil P.M.  I could tell them about that, so I took two and went to bed.  It was early.

I never have trouble falling asleep.  But recently, I have been waking up every hour.  It is my brain, not my body.  So. . . early on, my brain was struggling against the Advil.  Also, the pain in my knee was not alleviated by the small dose of ibuprofen.  Or was it acetaminophen?  Whichever.  No pain relief and an overactive brain.  I was aware of the struggle.  I was also aware of when the brain either gave up or was overwhelmed.  Advil P.M. is like heroin for me.

I woke up long after sunrise.  It was Sunday.  I thought about taking a couple more.  But there was good news.  I didn't have botulism.

That, I thought, should be a cause for celebration.  But then I remembered.

What did I remember?  You know.  You, too, I'm certain, have had those same concerns, whatever they may be, when you know you shouldn't feel what you are feeling.  It is, surely, part of the "human condition."

Hence fermentation.  Why would God in his infinite wisdom give humans that if not for a purpose.

On the other hand, He made the orchard with the Fruit of Forbidden Knowledge, too.  And that, perhaps, is what made us think, "maybe if we ferment that bitch. . . ."

I truly have no real problem living without alcohol.  I don't have a craving.  No shakes nor shivers, nothing like the fellow in "The Lost Weekend."  None of that.  I do not have an addictive personality, I think, at least not to substances.  There are other things to which I am addicted, perhaps, but not alcohol or drugs.

It is simply the mundanity of things.

Hence, the clean, well-lighted cafe.  Not a bodega.  No.

I have decided not to do anything with the opossum carcass.  I can't smell it, so I will let it rot there perhaps as a warning to other beasts with bad intent concerning the underside of my home.  The weather is cool, so it will probably take a good long while.  Perhaps, however, I will bag it tomorrow and put it in the garbage which gets picked up in the afternoon.  I've not made up my mind.  Perhaps a rotting carcass is not the best thing for my mental attitude right now.

While the rest of you spend your mornings with mimosas and French toast lounging with your own true loves, I will be here listening to the hum.  I have an inclination to take the 4x5 camera out to a distant town and make a couple of pictures. . . probably very similar to the one I posted today.  Why?  It beats the hell out of me.  I took photos of a person recently, the first in years, but my life is devoid of potential sitters, so. . . negatives of inanimate objects that will not be kept.  I've run out of storage space, so much goes into the trash.

The tenant returns today after months away.  She is bringing someone to help her while she tries to rehabilitate her health.  My mother wants me to come to dinner this early evening.  There are more football games today.  You see?  Why should I be complaining?  Why would I think I want a drink?

So. . . this is for David Crosby, who, by most accounts was an asshole, wet or dry.  I think Q will enjoy this one, too.