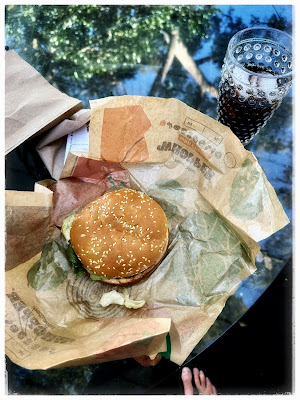 I've been making plenty of mistakes lately.  This is just one of them.  But I'll get to that. . . probably.

You've been reading the blog.  You know it could be counted as a sort of memoir.  Fiction galore, but what memoir isn't?  But I'm not one to complain about people's confessions and self-involvement.  I've been publishing such mistakes for years.  I think it is healthy.  I think it is fun.  And when someone complains about a post or ridicules me for writing, I just say, "you didn't believe that, did you?"

All kidding aside, I am thinking about retitling the blog "Spare Us."

I'll catch shit for that statement, too.  I've never been good at Homer Simpson's simple advice to Bart.  You know, the "First Rule of the American Playground": Don't say anything unless you are certain everyone is going to agree.

I've always taken the opposite tack.  People remember you more that way.  "It's just showbiz," I say.  Or, "I was simply trying to shake you out of your complacency."

I was an original gender bender, I guess, a hippie with mid-back length hair, sparkly socks. .  .whatever.  In college, in VERY competitive basketball leagues, my team looked like "The Lady Devils."  I'm not kidding.  Jocks HATED us.  And game after game after game, we beat them.

When my college roommate and I got our ears pierced long before it was fashionable, we told people we got married in California.  My scrunchy Reebok socks and velcro strapped shoes helped sell the deal.  I never cared.  I marched in feminist's parades.  My band played a gigs benefitting lesbian legal funds.

Now, I can't catch a break from either side.  One side sees me as a toxic male, the other as some bisexual freak.  How long must I suffer?

I have friends of every stripe which sits well with just about no one.  But. . . that's what makes me special.

"Is this part true?"

See how the old memoir works?  A tell-all?  People always say they value "truth," but nobody ever tells the whole "truth."  For one thing, it takes too long.  For another, "truth" is subjective.  People are defined by what they hide, by what they leave out.  Do you think Harry is telling "the whole truth"?  Of course he is.  Why wouldn't he?

O.K.  I'm stepping into the shit here, and you know how hard cleaning your shoe is after that.  So let me shift gears.

Today makes two weeks since I had a drink.  Please, hold your applause (or, what I get mostly, jeers).  I've made up for it, though.  That Whopper is just one thing.  I ate a pint of Ben and Jerry's chocolate fudge ice cream the other night.  I've had candy and cookies, too.  I've been cooking less and eating out more.  I've made up for those alcohol calories, I'm sure.  Still, my mother insists I a looking younger and thinner all the time.  Apparently, my selfies are lying to me.  I need to listen to my mother.

Last night, I went to a Mexican Bar and Restaurant with the gymroids.  They flew into conniptions when I ordered a virgin Margarita.  I think that it made them consume more.  Sober me couldn't believe how fast and much they were drinking.  And how loud and raucous they were.  When I got home, I was depleted.  I went to bed at nine.  That's a whole hour earlier than usual.

Today I am supposed to meet the kids from the factory on their Friday the 13th pub crawl.  It starts in just a few hours and ends around eight tonight.  They are taking the train from there to here and back, stopping in a different pub in a different town all along the way.  I'll meet them here in my own hometown at noon or one for lunch, but what interest can I have in the rest of it?  There are only two types of people in the world, those who drink and those who don't.  Depending on which side of the fence you stand. . . .

Still, I am the butt end of jokes for both.

"You're such a little queer."

It is raining this morning.  It will make a soggy pub crawl.  Still, I will need to go.

I got an email from the funeral home that interred Emily, my jr. high girlfriend.  It was quite surprising, really.  She died on January 13, 2016.  Why would they be sending me a notice like this?  They have never done that before.  It's the satellite, I'm sure.  Or maybe correspondence from beyond the grave.  Are you reaching out, my love?  Are you?

I don't believe in anything supernatural, you know, but man. . . some VERY strange things have been happening to me lately.  I'm not spooked, but. . . I say. . . it IS Friday the 13th.

I mean, they still haven't found Big Foot or the Loch Ness Monster.  If science is so good, how do you explain that?

I took some photos with the big assed Liberator camera after writing about my suspended photo project a couple days back.  Not one shot was in focus.  I've had this trouble before.  I KNOW that everything was in focus on the screen.  I may try again today, but you know. . . that iPhone camera sure is appealing.

I want to thank all of you for reading this post, and I've decided (in the time it has taken me to write it) that I will publish "Spare Us" as a limited edition.  If you are interested in having your own autographed copy, just contact Q.  He is posting on his site again sometimes, and there is nothing he likes better than corresponding with "the peeps."  Thank you, Q, for handling the business end of my "career."

It is a real unburdening.