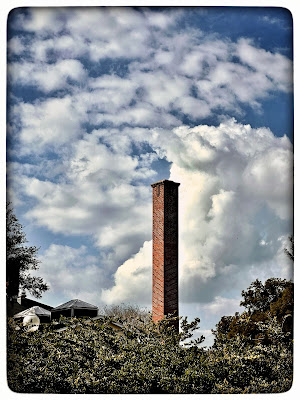 My fascination with driving through Crackerland this weekend has worn off.  I said I would tell more of the tale later, but I can't remember what I thought I would report.  My ability to make a long drive with cameras I didn't use seem fascinating. . . well, I've lost it.  The ability, I mean.  The excitement induced by such a mundane excursion has dissipated. 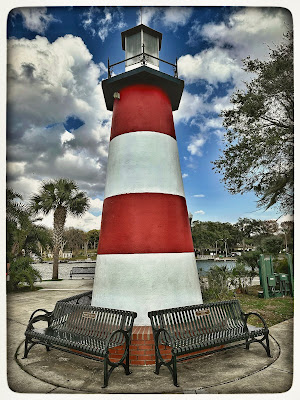 All that is left are the photos.  Such as they are.  Those and all the photos of Dino World, too. 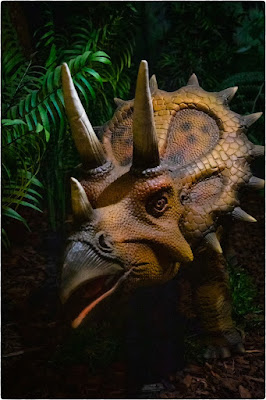 I have a whole folder full of them, but the tale's gone cold.

I would take up the Bildungsroman again this morning, but I have not thought it out.  Usually, before I write it, I lie in bed and think of what I will tell. This morning, I did not.  I lay in bed and wondered about the pain in my knee.  I woke with a start when the lower part of the leg separated from the upper.  That is not accurate.  What I felt was the startling pain of my knee joint dislocating.  I've just read several articles on knee replacement, however, and the whole replacement thing is not appealing.  The best that one can expect is being a pain-free cripple rather than a pain-filled cripple.  But crippled you still will be.  There is not much you can do on a replaced knee, it seems, other than walk.  "Light hiking" might be possible.

The only outcome is compromise.

I'm of the "why me" school on this, but it does no good.  There are consequences to living.

I watched a long recent interview with Woody Allen last night.  I am of the Allen School of thought about "The Big Questions," i.e."The Meaning of Life," etc.  There are no answers, or, perhaps, only bad ones.  There is nothing of comfort "out there."  We are miserable creatures at best and horrible creatures at worst, and all we can do is distract ourselves from thinking about it. Some distractions may be better than others, great art, for instance, better than the predigested pap of popular culture, but in the end, it doesn't really matter.  We all suffer the same fate.  Allen is the pop version of Beckett, I think, but they are of the same school.  You are either lucky in life or you are not.  There are many lug heads, for instance, as big and strong as someone like, say, Hulk Hogan, but they were not in the right place at the right time.  Hogan got lucky.  Love is luck, too.  You can't do anything about it, really. It is a gift that is given and that can be taken away.  And there are people, however perfectly suited, that you will never meet.

Some people are just luckier than others.  They will feel themselves special or believe that they did something wise or profound to get it, but that is only partially true.

Most mornings, lying in bed, I prefer to think about what I will write when I get up, but sometimes pain gets in the way, as it did today.  Still I write.  Or, perhaps, and so I write.  It is the only way I can make even partial sense of things.

If you have money, health, and love. . . revel in it.  Don't think too much.  There are no answers.  It will do you know good.  You are better off thinking about what color to paint the house or which kind of face cream to buy.  Keep it simple.

I have thought too much, and it has cost me.  I distract myself with silly humor.  In my best relationships, we laugh a lot about stupid things.  But as I've been told, I can go from light to heavy very quickly.  I'm smart, but I might have been better off if I had never read.  The women I have been attracted to have not been heavy readers.  Oh, they all have had degrees, often in the humanities, often advanced.  They read, but by and large, they weren't interested in heavy reading.  They would choose one, or maybe two, masterworks as proof of their intelligence.  But they did not pour through literature and philosophy and science looking for succor.  They were all successful and smart.  They liked champagne cocktails and astrology and burning sage and all manner of body treatments.  I liked those things, and I liked them that way.  In the end, however, they left me, usually for someone much different than me, businessmen and contractors, dentists and attorneys, men with more money than I, and simpler, more popular or common interests.  Vacation homes, memberships at the club, friends of repute.

So I, Quasimodo, (or, perhaps, the likes of Joseph (John) Merrick), limp along misshaped and deformed by misfortune and time.  And, perhaps, by volition, too.  But, I think it is a genetic predisposition that drives me.  C.C. tells me we have an unfortunate malady.  Q blames me for transferral. Too much thinking is not good.  Too much reading is worse.  It is better to do. 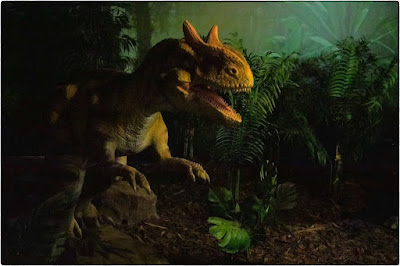 How was that for venom and self-pity.  I'm a monster. 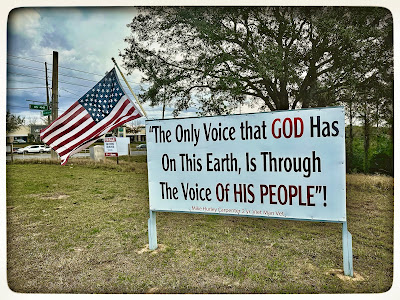 I'd like to believe the sign is true.  I could join a gang, a mob.  I could be part of the crowd.