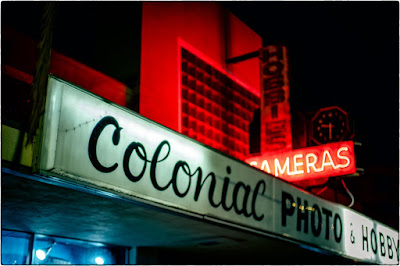 I should be writing the next installment of the Bildungsroman.  That's what I want to do.  But. . . there's always a "but," isn't there.  "But," I have to take my car into the shop in a few moments, so I don't feel I have enough time.  Old cars reach a point where they cost more money than they are worth, but who wants to buy a new car in this market?  Not me.  So. . . to the shop we go.

And opining I will go.

I sent a whole lot of pictures of men in dresses, skirts, and skimpy tops to friends this morning.  They were  from the "Style" section of the Golden Globe Awards.  I think a man can wear a skirt or whatever he wants, but I thought their choices gauche.  I'm sure to hear from my fashion friend on this one.  I'm out of my field talking about fashion.  I get closer, however, when we begin talking gender, but I'm even less interested in that.  I'm pretty much both fashion and gender free.

And that is one of those statements akin to Biden telling us he didn't know how those top secret files got into his closet.  Like Biden, I'm fully cooperating.  The liberal press is bending over backwards to detail the difference between the Trump thefts and Biden's.  My question is why the National Archives knew that the ones Trump took were missing but not the ones Biden took.  That causes me great concern.

But you know the old saw--Joe Biden NEVER misses an opportunity to fuck up.

I read about a study this morning that details our shrinking ability to focus.  Ours, not just mine.  Mine is rapidly fading.  As a lit grad student, the number of books I had to read a week was staggering.  It takes me weeks to finish a book now.  I've been reading "Upper Bohemia" for seemingly ever, and it is an easy read and an enjoyable book.  But, you know. . . "ping". . . message. . . "beep". . . the tea is ready.  At least I don't do social media or dating sites.  Jesus. . . I can't imagine.  But the article quotes a Professor of Informatics who says that email is the main culprit of the shrinking attention span.  Really?  Who uses email anymore?

I used to love emails, though, and I think I will start loving Informatics now that I have Googled it.  I'm a would-be fan of Information Theory.  Zeros and ones.  Everything is made up of a sequence of zeros and ones, on/off, yes/no.  It explains everything. . . until we find something with three components.  But two is fine with me.

I was jumpy last night.  It is the whole not drinking thing.  It is starting to take effect.  I look like a twelve year old now.  It is incredible.  But my mind is unusually attentive.  When the sun goes down, I try to occupy myself with reading, writing (but not arithmetic), but as awake as my body is, my mind becomes hyperactive.  I hear the creaking of the floorboards, the popping of the walls, the ticking of the clock.  Last night, I decided to do something I haven't done in years.  I got in my car with a camera and took a drive.  It was experimental.  I didn't go far or out for long.  I bought a lens for my Leica that has the widest aperture you can get.  I saw some night photos examples of it in use and was knocked out.  I bought it and never used it, at least in the Xenon lights of the city, so last night, that is what I did.  I drove to the photo store and parked in its lot.  The shop was closed, but the lot was full, people parking to go to tea shops and restaurants nearby.  I felt foolish getting out of the car with a camera at night.  More like a lurker or stalker, really.  People don't enjoy men with cameras much now.

Stepping out of the Xterra, of course, my knee fairly buckled.  I stiffed my cry of anguish, or so I thought, but a group of people nearby turned to look at me.  Unsurprisingly, my eyes have gotten worse in the past years, and they were backlit, so I couldn't really make out their faces, but I am pretty sure they were sneering. . . or so it seemed to me.  Still, I bravely limped on. 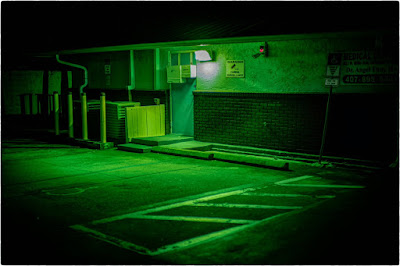 I just wanted to see if the lens would let me shoot handheld in the dark.  I looked for lights both bright and dim.  I was nervous, but going behind buildings and into alleyways was the worst.  I used to be a brave man, adventurous, thinking myself rough and tough and able to fight my way out of or run away from trouble.  Knowing I could do neither was discomforting.  Worse.  It was unnerving.  I'm a vulnerable man now with expensive cameras.

Back home, I downloaded the photos.  They were uninteresting, of course, as you can see, BUT, the lens does let me shoot in the darkness without a tripod.  Now for more adventure and something interesting.

I thought yesterday about my 4x5 dreams.  When I bought the new camera, I had a series in mind.  Then I forgot about it.  I remembered yesterday, though.  "American Work" and "American Leisure."  I like to say I have Big Balls in Cowtown when I mulch the driveway, but this will take a pair of pumpkins.  Do I dare to try?

I need an operative.  I thought about it last night limping around alone in the dark.  A stager, a handler of some sort.  Quasimodo by himself just ain't going to get people in front of the camera.  An intern, maybe.  I'll put out an ad and see.

Interrupted writing this post a hundred times, but just now when I saw a hundred pound possum walk across my deck.  I opened the door and saw it go under the deck.  I've been thinking I smelled a slight unpleasant odor, but I thought it was my imagination.  I've stopped up all the places animals used to get under the house, but this big fucker has tunneled under the new deck and has probably made another tunnel under the house from there.  Christ, I'm cursed.

This one is big enough to scare me.  I don't think a coyote would dare to fuck with it.